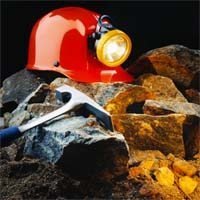 A new study of former South African mine workers suggests that too many asbestos-related diseases may be going undiagnosed.

The study conducted by researchers at the University of the Witwatersrand and the National Institute for Occupational Health in Johannesburg found that, in a cohort of 149 workers, more than half of the cases of malignant mesothelioma were missed until after the patient had died.

Doctors diagnosed 52 cases of the lung-scarring disease asbestosis among the studied workers, but found 77 cases when their bodies were autopsied.

The researchers found that doctors were only able to correctly diagnose cases of malignant mesothelioma about 40 percent of the time. They were much better at being able to rule it out; current diagnostic tests correctly identified those who were mesothelioma-free in 97 percent of cases.

Not surprisingly, false-negative diagnoses of asbestosis were more likely if the X-ray images were deemed to be just “acceptable” rather than “good” quality.

The study’s authors say these numbers point to the fact that asbestos diseases like pleural and peritoneal mesothelioma are challenging to diagnose and X-rays alone should not be used to rule out suspected cases.

“Where clinical features suggest asbestos-related diseases but the chest radiograph is negative, more sophisticated imaging techniques or immunohistochemistry for asbestos-related cancers should be used,” writes the study’s lead author, Ntombizodwa Ndlovu with the School of Public Health at the University of Witwatersrand.

While it is critical to improve identification and treatment of malignant mesothelioma and other asbestos diseases, Dr. Ndlovu and his colleagues say autopsies can still play a valuable role, especially in cases where an asbestos disease was suspected but never diagnosed.

In these cases, say the authors, autopsies can be used to monitor how good a clinical practice is at recognizing these diseases and at identifying cases where compensation may be warranted.

Most cases of asbestos-related diseases, including both pleural and peritoneal mesothelioma, are caused by exposure to asbestos in the workplace. Often this happens because an employer failed to adequately protect or train workers, such a miners, who were likely to come in contact with toxic asbestos.

The MESOMICS project is the most comprehensive dataset of mesothelioma genomics to date. The data in this resource can help researchers to design precision treatments for mesothelioma patients This project was created by an international collaboration between scientists from France, Chile, and the United States. Understanding Diagnosis Malignant pleural mesothelioma is a rare cancer caused by asbestos exposure. There are approximately 2,000 cases of mesothelioma diagnosed in the United States alone every year. Because it is so rare, the treatment options are very limited compared to other types of cancer. The limited treatment options combined with the cancer’s ability to spread without being noticed makes mesothelioma a deadly disease. Median overall survival for mesothelioma patients is a little over a … END_OF_DOCUMENT_TOKEN_TO_BE_REPLACED