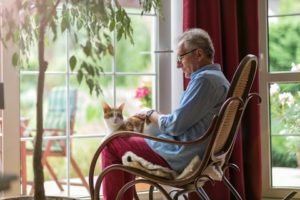 A new set of case reports illustrates how easily misdiagnosis of mesothelioma can happen when the diagnosis is based on cytology alone.

Cytology tests look at the cells in body fluids. For peritoneal mesothelioma patients, this is often the fluid that collects in their abdomen called ascites.

The Difficulty of Diagnosing Peritoneal Mesothelioma

Malignant mesothelioma only impacts about 2,500 people in the US every year. It is most common among people who have lived or worked around asbestos. Peritoneal mesothelioma is even rarer. About a fifth of patients with mesothelioma have the peritoneal variety.

Peritoneal mesothelioma starts on the membrane that surrounds the abdominal organs. This is the peritoneum. Unfortunately, misdiagnosis of mesothelioma is not uncommon. In its early stages, mesothelioma may cause vague symptoms that could be signs of other illnesses or other types of cancer.

Symptoms of peritoneal mesothelioma may include:

If a doctor suspects cancer, a cytology test may be ordered. But as the new Indian case studies show, testing the tissue is still the best way to avoid misdiagnosis of mesothelioma.

The new Indian case reports appear in the Journal of the American Society of Cytopathology. The first involved a 60-year-old man with fluid in his abdomen. Cytology tests showed the fluid contained malignant cells. Doctors delivered a diagnosis of adenocarcinoma. This is a type of cancer in the glands that line the organs.

The second case of misdiagnosis of mesothelioma involved a 45-year-old man. This patient also had ascites with malignant cells in it. X-rays showed he had nodules on his peritoneum. Doctors used a needle to take a sample of fat cells. Those and cytology tests of the fluid suggested adenocarcinoma.

The third case was a 63-year-old man with a mass near his spleen. This patient also had nodules on his peritoneal membrane. Based on cytology, doctors decided this patient had either neuroendocrine cancer or non-Hodgkin lymphoma. Once again, it turned out to be a misdiagnosis of mesothelioma.

Cytology is Not a Substitute for Biopsy

It was not until pathologists looked at tumor samples under a microscope and tested those samples for certain antigens (immunohistochemistry or IHC) that the errors came to light.

Gupta, N, et al, “Peritoneal malignant mesothelioma: Slippery like an eel to diagnose on cytology-case series of 3 cases”, September 9, 2021, Journal of the American Society of Cytopathology, Online ahead of print, https://www.sciencedirect.com/science/article/abs/pii/S2213294521002428?via%3Dihub

The MESOMICS project is the most comprehensive dataset of mesothelioma genomics to date. The data in this resource can help researchers to design precision treatments for mesothelioma patients This project was created by an international collaboration between scientists from France, Chile, and the United States. Understanding Diagnosis Malignant pleural mesothelioma is a rare cancer caused by asbestos exposure. There are approximately 2,000 cases of mesothelioma diagnosed in the United States alone every year. Because it is so rare, the treatment options are very limited compared to other types of cancer. The limited treatment options combined with the cancer’s ability to spread without being noticed makes mesothelioma a deadly disease. Median overall survival for mesothelioma patients is a little over a … END_OF_DOCUMENT_TOKEN_TO_BE_REPLACED