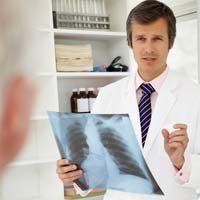 The chemotherapy combination that has become the standard of care for mesothelioma in many parts of the world appears to be making a modest but measurable difference for mesothelioma patients in The Netherlands.

Mesothelioma is caused almost exclusively by inhalation or ingestion of asbestos fibers and is notoriously resistant to most conventional treatments. Within the last decade, chemotherapy with cisplatin-antifolate combinations has been shown to improve responses and prolong survival. Based on the successes shown in clinical trials, a trio of research scientists in The Netherlands launched their own population-based study to “assess the impact of this development on clinical practice and survival at a population-based level.”

The study focused on 4,731 Dutch patients diagnosed with mesothelioma between 1995 and 2006. For the periods 1995-1998 and 2005-2006, the use of chemotherapy to treat mesothelioma jumped from 8% to 36%. At the same time, median survival for chemotherapy-treated patients increased from 10.1 months in earlier years to 13.1 months in more recent years.

Median survival was still poor (3.9 months) for peritoneal mesothelioma patients, although it was better for women and younger patients. In summarizing their findings for the European Respiratory Journal, the authors write, “This study demonstrates that chemotherapy use increased at a national level and coincided with an improvement in survival.” While this increase is most likely an indication of the effectiveness of the novel chemotherapy, the authors caution that “due to the observational nature of this study, alternative explanations cannot be excluded.” In addition, the increase in mesothelioma survival was relatively modest.

Cisplatin is a platinum-based chemotherapy drug marketed as Platinol and used to treat a number of different cancers, including mesothelioma, some carcinomas such as small cell lung cancer and ovarian cancer, lymphomas and germ cell tumors. Inside cancer cells, cisplatin and other platinum-based drugs (such as carboplatin) cause crosslinking of the of DNA and trigger apoptosis (cell death).

In the U.S., cisplatin is usually combined with the antifolate drug pemetrexed (Alimta) for treating mesothelioma. Antifolate drugs block the activity of folic acid inside cells interfering with cellular metabolism. Pemetrexed was first developed in 2001 and was approved by the U.S. Food and Drug Administration (FDA) for the treatment of mesothelioma in 2004.

A Canadian study found that tracking trends in mesothelioma at the local level can help officials predict future mesothelioma cases. Most mesothelioma tracking efforts focus on the national scale and monitor cases across a country or region. This study, published in Cancer Causes and Control, looked at mesothelioma cases based on industrial sources of asbestos in Ontario and British Columbia. Growing Number of Cases Asbestos is a toxic material that is used in many commercial and industrial products. It’s durability and heat resistance made it very popular in products like construction materials, textiles, and vehicles. Mesothelioma is a deadly cancer caused by exposure to asbestos. It was first identified as a cancer-causing material in 1977 by the International Agency for … END_OF_DOCUMENT_TOKEN_TO_BE_REPLACED