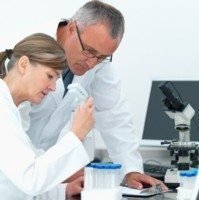 Researchers in the Netherlands have unveiled what may be a major breakthrough in the chemotherapeutic treatment of malignant mesothelioma.

Malignant mesothelioma, a rare and virulent cancer caused by asbestos exposure, is notoriously resistant to standard cancer treatments, including chemotherapy.

Even the only chemotherapy drug specifically approved for the treatment of mesothelioma, Alimta (pemetrexed), only works for some patients. Now, a new study published in the Annals of Oncology suggests that a cellular transporter molecule called the proton-coupled folate transporter (PCFT) may help explain why.

Approved for the treatment of pleural mesothelioma and non-small cell lung cancer, pemetrexed is chemically similar to the B vitamin folic acid and is in the class of chemotherapy drugs called folate antimetabolites.

It works by inhibiting certain enzymes necessary for the growth and survival of mesothelioma cells.

To test the possible connection between PCFT and pemetrexed resistance, researchers at VU University Medical Center measured PCFT levels in both frozen tissue samples and immunohistochemical arrays in two groups of mesothelioma patients who had been treated with pemetrexed.

They found that the mesothelioma patients with the lowest PCFT levels tended to respond poorly to Alimta and, as a result, did not live as long as those whose levels were higher.

A First for Mesothelioma Research

The study represents the first time that PCFT has been identified as a potential prognostic biomarker for mesothelioma and the research team is calling for further study.

In the meantime, preclinical data suggest that a method they developed for promoting the formation of PCFT might be used to eradicate pemetrexed-resistant cells, allowing this gold standard mesothelioma treatment to work better for more patients.

An estimated 2,500 Americans are diagnosed with mesothelioma each year. Almost all of them will be recommended for chemotherapy with a combination of pemetrexed and cisplatin. A little less than a quarter of mesothelioma patients also undergo some type of surgery. Radiation is also frequently used either before or after surgery to reduce pain, shrink existing mesothelioma tumors, and prevent the seeding of new tumors.

The MESOMICS project is the most comprehensive dataset of mesothelioma genomics to date. The data in this resource can help researchers to design precision treatments for mesothelioma patients This project was created by an international collaboration between scientists from France, Chile, and the United States. Understanding Diagnosis Malignant pleural mesothelioma is a rare cancer caused by asbestos exposure. There are approximately 2,000 cases of mesothelioma diagnosed in the United States alone every year. Because it is so rare, the treatment options are very limited compared to other types of cancer. The limited treatment options combined with the cancer’s ability to spread without being noticed makes mesothelioma a deadly disease. Median overall survival for mesothelioma patients is a little over a … END_OF_DOCUMENT_TOKEN_TO_BE_REPLACED