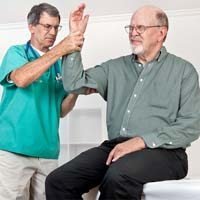 The first trials of a new drug for mesothelioma show it might be able to help slow the progression of the disease in patients with a certain genetic abnormality.

About half of mesothelioma patients have been found to be lacking a gene responsible for suppressing the growth of tumors. The gene, called NF2, produces a protein called merlin which, in turn, regulates another protein called focal adhesion kinase (FAK). When NF2 is inactivated, merlin is lacking and unchecked FAK activity can cause mesothelioma cells to become active and spread.

But a multi-center Phase I study of a compound called GSK2256098 suggests that it may be able to slow or even stop the spread of this cancer by restoring the activity of NF2 in the cells of mesothelioma patients. In the study, which was presented recently at an international cancer symposium in Dublin, Ireland, 29 mesothelioma patients were given GSK2256098 twice a day, by mouth. Doses ranged from 300 to 1500 milligrams, with most taking about 1000 milligrams.

Overall, it took an average of more than 4 months before patients’ mesothelioma progressed. Fourteen patients had stable disease, 9 had progressive disease, and three had non-measurable disease. Three patients left the study before their progress could be evaluated. Among the patients who were found to have inactivated NF2 and a reduced level of merlin, the time before disease progression was 6 months. Given that many mesothelioma patients do not live longer than 12 months after diagnosis, the finding is encouraging.

“These findings are important but preliminary,” cautions Professor Jean-Charles Soria, head of early drug development at the Institut Gustave Roussy in Paris and an investigator in the study. “They show that merlin is a potential biomarker in mesothelioma that may enable us to identify a subset of patients who could benefit from GSK2256098 and have longer, progression-free survival. Mesothelioma is a deadly disease without many treatment options, and therefore identification of novel and effective therapies is needed.”

Currently, mesothelioma is often treated with chemotherapy, radiotherapy and/or surgery, all of which carry significant risks. Another encouraging finding from the GSK2256098 trial was the fact that side effects were generally mild and tolerable. If further, larger studies confirm these findings, it may eventually be possible to identify mesothelioma patients who would benefit from GSK2256098 by testing for inactivated merlin.

Mesothelioma is almost always caused by exposure to asbestos. Despite regulation of the mineral in many countries, worldwide incidence of the disease continues to rise.

An international group of researchers have provided recommendations for countries to create a mesothelioma registry. Mesothelioma registries are great tools to monitor the negative effects of asbestos. It can help to identify clusters of asbestos exposure. Registries can also track the impact of asbestos reduction programs. Asbestos Health Risks Asbestos is a naturally occurring mineral that has been found throughout the world. Even though it is toxic, it is used in manufacturing and construction in many countries around the world. Mesothelioma is a cancer that is caused by exposure to asbestos. It grows in the lining of organs like the lungs. Generally, those who develop mesothelioma show no signs of illness for a long time after their first exposure. It … END_OF_DOCUMENT_TOKEN_TO_BE_REPLACED