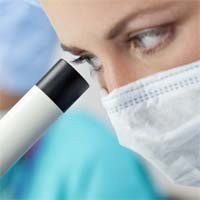 The results are in on the Phase I/II trial of the mesothelioma drug ONCOS-102 and researchers say there is reason to be excited.

As Surviving Mesothelioma first reported in the fall of 2016, ONCOS-102 and standard chemotherapy significantly slowed the growth of malignant mesothelioma tumors in preclinical studies of infected mice.

Now, the first human trial suggests that it can do the same thing in some human mesothelioma patients, boosting the effectiveness of standard chemotherapy and improving mesothelioma survival.

According to news released by Norway-based drug maker Targovax this week, three out of six patients with unresectable mesothelioma responded to a combination of ONCOS-102 and standard chemotherapy. In two patients, their mesothelioma tumors stopped growing and in the third patient, the tumor actually began to shrink.

For two out of the three patients who responded to the combination, it was the first time they were receiving treatment for mesothelioma. The third patient who saw a response had already received some mesothelioma chemotherapy.

Mesothelioma is notoriously resistant to standard chemotherapy and response rates are often marginal.

How Does ONCOS-102 Fight Mesothelioma?

ONCOS-102 is made from an altered human adenovirus, a class of viruses that cause most human respiratory illnesses. It is specially made to seek out and enter mesothelioma tumors and other types of cancer cells.

Once inside a mesothelioma cell, ONCOS-102 replicates itself, sending a genetic signal that stimulates an anticancer immune response. ONCOS-102 has been altered so that it is only capable of replicating inside cancer cells and cannot do so in normal cells.

The aim of immunotherapy drugs like ONCOS-102 is to improve mesothelioma survival by recruiting cancer-fighting help from the immune system.

In the first , earlier phase of the trial, patients who received the combination treatment showed a “dramatic increase” in tumor-infiltrating CD8+ T cells, a sign that the immune system had been put on high-alert.

Mesothelioma Patients Now Being Recruited for Next Phase

The recently-completed Phase I/II trial of ONCOS-102 for malignant mesothelioma was open-label, meaning that both physicians and patients knew that the patients were on this drug.

Now that the combination treatment has been shown to be well-tolerated and effective in a few people, the next step is to run a larger randomized mesothelioma study.

The company plans to include 30 mesothelioma patients in that study and recruitment is now underway.

“This is the first time clinical response has been observed for ONCOS-102 in combination with chemotherapy, which is an important milestone for Targovax and the ONCOS program,” says Targovax CMO Magnus Jäderberg. “It will now be interesting to see if this early signal of efficacy is confirmed in the randomized part of the study.”

Certain types of biomarkers can help doctors predict the best chemotherapy treatment for patients with malignant pleural mesothelioma. Researchers from Cairo University in Egypt looked at 91 mesothelioma patients. They tested two different chemotherapy drug combinations: pemetrexed plus cisplatin and gemcitabine plus cisplatin. FDA Approved Treatment Options Mesothelioma is a rare cancer caused by asbestos and standard therapies are limited. Most mesothelioma patients have chemotherapy as their first-line treatment. If they are healthy enough, they may also have surgery or radiation therapy. Chemotherapy is a group of toxic drugs that kill cells by damaging their DNA. As of this writing, the only FDA approved chemotherapy for malignant pleural mesothelioma is a combination of pemetrexed and cisplatin. Gemcitabine is not an … END_OF_DOCUMENT_TOKEN_TO_BE_REPLACED