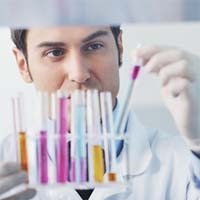 Scientists testing a novel compound on mesothelioma cells in the lab say it may have the power to not only trigger cellular death, but also to stop mesothelioma from growing and spreading.

CFMs (CARP-1 Functional Mimetics) are a class of compounds that ‘mimic’ the action of a protein called Cell Cycle Regulatory Protein (CARP) 1. As the name implies, CARP-1 plays a key role in regulating the life cycle of cells, including telling cells when it is time to enter apoptosis or programmed cell death. Cancers like mesothelioma can result when cells fail to enter apoptosis on schedule, while new cells are being created at a faster rate.

When mesothelioma cells were exposed to CFMs in the lab, not only did they enter apoptosis, but they also lost their ability to migrate, form colonies, and invade through matrix-coated membranes. The mesothelioma cells were so neutralized by the CFMs, that the authors of a published report on the study conclude that “CFMs and/or their future analogs have potential as anti-Malignant Pleural Mesothelioma agents.”

Conducted at laboratories in Detroit, New York, Tallahassee, and Riyadh, Saudi Arabia, the tests showed the CFMs had the power to stimulate a cascade of biological processes that restored apoptosis and inhibited cellular motility and invasion in the mesothelioma cells. Two proteins in particular – podoplanin and vimentin – both of which have been associated with metastatic mesothelioma and poor prognosis, were kept in check by the CFMs.

“CFM-4 dependent elevated phosphorylated podoplanin and cleavage of vimentin underscore a metastasis inhibitory property of these compounds,” the authors conclude in a study published in PLoS One. Another laboratory study conducted last year by the Saudi Arabian researchers involved in the current study indicated CFMs’ ability to stop to the spread of medulloblastoma, an aggressive type of brain cancer in children. Novel agents like CFMs are particularly critical in the treatment of mesothelioma, a virulent cancer of the lung lining for which few treatments are available.

Malignant pleural mesothelioma is a rare type of cancer. A growing number of mesotheliomas are being treated with novel immunotherapies. But clinicians still lack a meaningful way to measure mesothelioma treatment response. An article in Seminars in Nuclear Medicine lists five ways clinicians can measure how well a treatment plan is working. And a new artificial intelligence tool can measure mesothelioma tumors without any human input. Artificial intelligence may provide the key to treatment response in the future. Measuring Mesothelioma Treatment Response In malignant pleural mesothelioma, complex tumors result in inconsistent clinical assessment. There are five common ways to measure if a treatment plan is working. Generally, a clinician will look to see if the size or weight of a tumor has … END_OF_DOCUMENT_TOKEN_TO_BE_REPLACED