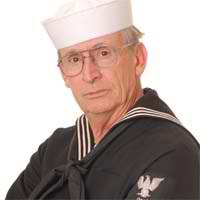 Starting this month, Navy veterans who contracted mesothelioma by working with certain types of valves and steam control equipment on ships have a new potential source to help pay their medical bills and expenses.

CIRCOR, the parent company of Leslie Controls, a major supplier of valves and gaskets to the US Navy from the 1940s until the 1980s, has created a trust fund specifically for Navy veterans with mesothelioma and other asbestos-related diseases.  The $74 million dollar trust fund was part of a Chapter 11 bankruptcy reorganization plan.

Mesothelioma is caused by exposure to the fibrous mineral, asbestos. Asbestos is a known carcinogen that has been linked not only to mesothelioma but also to lung cancer, asbestosis, and a host of other diseases. Because of its strength and heat resistance, asbestos was a common insulator, especially  in boiler rooms, around pipes, and in valves and gaskets on Navy vessels until as late as the 1970’s.

Because they were often in close quarters with the material on board ships, Navy veterans and merchant marines have one of the highest rates of mesothelioma of any population. Sailors who worked in areas where asbestos was used, those who were involved in repair or overhaul of ships, or those who were present when a ship was damaged during attack, often breathed in or ingested asbestos dust. Once inside the body, asbestos triggers physiological changes that can lead to mesothelioma years later.  Many sailors who were exposed to the substance on ships when they were young do not develop mesothelioma until they are seniors.

Under the provisions of the new CIRCOR/Leslie Controls trust fund, the payout for Navy veterans who were harmed by asbestos will vary, based on their medical issue and their likely level of asbestos exposure. A veteran who files a “powerhouse and below-deck Naval station claim” of mesothelioma is eligible to receive between $100,000 and $350,000.  Veterans with mesothelioma who worked in construction and maintenance can receive between $25,000 and $125,000.  A trust committee has been set up to review all claims.

A new study shows that a multifaceted approach to quitting smoking can help patients diagnosed with cancer. One rare type of cancer is mesothelioma. This cancer is caused by exposure to asbestos. It occurs in the lining of different parts of your body, usually in the abdomen or the lungs. Mesothelioma often takes decades to develop after being exposed to asbestos. The symptoms can be hard to diagnose because they look like other, more common diseases. This makes treating mesothelioma more difficult, too. The cancer has more time to spread while doctors are struggling to make a diagnosis. There are other factors that make cancers like mesothelioma difficult to treat. Smoking after a cancer diagnosis can lead to worse survival … END_OF_DOCUMENT_TOKEN_TO_BE_REPLACED