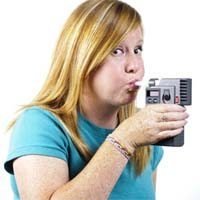 Following the recent FDA approval of a new drug for a form of lung scarring, researchers have begun testing the drug as an anti-mesothelioma therapy.

The drug, called nintedanib (formerly BIBF 1120) is a kinase inhibitor that blocks multiple pathways that may be involved in the scarring of lung tissue. It has been granted orphan drug status for idiopathic pulmonary fibrosis (IPF), a serious chronic condition with symptoms identical to the asbestos-related condition asbestosis. Like mesothelioma patients, people with IPF have had few viable treatment options.

In clinical trials of 1,231 patients with IPF, nintedanib improved vital capacity, the amount of air patients could exhale after a deep breath. Now, nintedanib is being tested as an anti-cancer drug in Phase II clinical trials for mesothelioma, glioblastoma, prostate cancer and several other virulent malignancies. Phase II drug trials aim to establish safe dosing guidelines for new drugs. A Phase III trial of nintedanib is already underway for colorectal and ovarian cancer.

The active Phase II mesothelioma trial is open to patients with confirmed disease who have not had chemotherapy or radiotherapy and are expected to live for at least 3 months. Investigational sites for the nintedanib mesothelioma trial in the U.S. include San Francisco, Cleveland, and Pittsburgh.

Nintedanib may be an important drug not just for mesothelioma patients but for other asbestos-exposed individuals, as well. New research presented to the European Respiratory Society’s International Congress in September suggests that some cases of IPF may actually be misdiagnosed asbestosis.

The British researchers analyzed mortality data for IPF, asbestosis and mesothelioma in England and Wales between 1974 and 2012 and found a higher concentration of IPF cases in areas with a history of shipyard work. Because of their exposure to asbestos dust, shipyard workers tend to have higher incidence of asbestosis, lung cancer, and mesothelioma.

Nintedanib was recently approved in the EU as a second-line treatment for advanced lung cancer after chemotherapy.