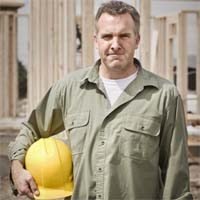 There is new evidence that a class of medicines normally used to reduce high cholesterol may have a role to play in the fight against malignant pleural mesothelioma.

A new study conducted by researchers at Nagoya University in Japan suggests that mesothelioma cells with a certain kind of genetic mutation may be susceptible to treatment with a statin drug.

What are Statin Drugs?

Statin drugs include drugs such a lovastatin (Mevacor), pravastatin (Pravachol), and simvastatin (Zocor) that are normally used to lower blood levels of the lipid cholesterol.

High cholesterol levels have been associated with cardiovascular disease. Statins decrease cholesterol by inhibiting an enzyme that plays a central role in its production.

The Japanese researchers observed that, in many cases of malignant mesothelioma, there is a mutation on the NP2 gene. This mutation creates a protective environment for mesothelioma tumors in two ways.

First, it appears to speed up the rate at which mesothelioma cells proliferate and migrate by increasing production of a glycoprotein called CD44. Second, the up-regulated CD44 appears to trigger changes at the molecular level that help mesothelioma cells resist the effects of chemotherapy.

Although the mechanism of action is highly complex, the bottom line is that the statin drug counteracted both of these effects. “CD44 expression was decreased by statin,” reports researcher Dr. Kosuke Tanaka in Cancer Letters. “Statin represents a potential therapeutic option against malignant mesothelioma…”

Last year, another cancer research team led by scientists at Wonkwang University in Korea suggested that simvastatin (Zocor) could boost the effectiveness of mesothelioma chemotherapy with pemetrexed (Alimta).

The team treated mesothelioma and non-small cell lung cancer cells with a combination of pemetrexed and simvastatin. They found that the cotreatment increased cell death (apoptosis) and prompted the breakdown and “recycling” of cell parts known as autophagy.

When the team added a third drug to inhibit the simvastatin-induced autophagy, apoptosis among mesothelioma cells increased, prompting the team to call the treatment “a novel therapeutic strategy” for lung cancer and pleural mesothelioma. However, there have not yet been any published studies of statins in the treatment of mesothelioma patients.

Malignant mesothelioma is an intractable cancer caused almost exclusively by exposure to asbestos fibers. It occurs on the surface of the abdominal wall or on the mesothelial membranes surrounding the heart or lungs.

A new study from the University of Sydney showed that cannabis had some anti-cancer effects in mesothelioma. Parts of the marijuana plant have been used for centuries to treat a wide variety of ailments. This includes cancers like pleural and peritoneal mesothelioma and cancer-related pain. We have all heard of medical marijuana. Various states have either legalized its use for specific patients. Many are reviewing its legality for various diseases. Cannabis and Mesothelioma Survival Mesothelioma is a deadly disease with few treatment options. Alternative treatments consist of any approach considered non-conventional. This may include herbs, vitamins, minerals, and other natural non-toxic supplements. When used with conventional approaches, these alternative modalities are often called “complementary.” Surveys suggest that over 70% of … END_OF_DOCUMENT_TOKEN_TO_BE_REPLACED