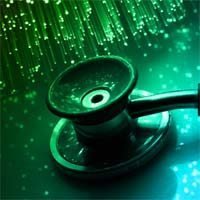 A system that uses intense light to destroy cancer cells might be able to enhance current mesothelioma treatments and improve survival. That’s the theory of scientists studying photodynamic light therapy (PDT) and its application for hard-to-treat mesothelioma.

During PDT, cells that have been treated with a light sensitizing drug are exposed to a light source on the end of an endoscope. The light has the power to disrupt cellular functions and kill the cells. PDT is being tested as an adjuvant therapy for people who are having mesothelioma surgery. When PDT is delivered intraoperatively, tumor cells can absorb more of the light, while surrounding tissues are unaffected.

Malignant mesothelioma is highly resistant to conventional therapies. Because PDT works differently than chemotherapy, radiation or surgery, it can be used along with these therapies as part of a multi-modality approach.

PDT has fewer risks and side effects than many other types of therapies. Cancer cells hold on to the photosensitizing drug longer than healthy cells, allowing for a highly targeted treatment approach. The light source is not directed at the target cells until the drug has had time to be cleared from healthy tissue.

Radical mesothelioma surgery carries a high risk of complications and even death. Because PDT can destroy microscopic disease left behind after surgery, it has allowed for the development of less drastic, and less risky, surgical procedures. University of Pennsylvania doctors have found that the use of PDT with surgery reduces the incidence of recurrence and improves outcomes. PDT has the added advantage of being able to trigger a tumor-directed immune response in the body, causing it to attack the treated cancer cells. No other type of therapy appears to cause this type of response.

Although PDT has shown promising results in the treatment of esophageal cancer, non-small cell lung cancer, some skin cancers and now mesothelioma, it is not a cure for these diseases. PDT must be used in conjunction with other types of therapies.

The light used in PDT cannot go more than a few millimeters into the tissue being treated, limiting its effectiveness for thicker or hard-to-reach tumors. New photosensitizing agents are in development that may allow for deeper penetration of cancer-destroying light rays.

The only studies on PDT in mesothelioma have been small. Writing in the Journal Expert Review of Respiratory Medicine, one of the Pennsylvania researchers who has been studying PDT as an adjuvant therapy to surgery writes that the method is “particularly well-suited as a component of a surgery-based multimodal treatment plan” and calls for more study on the technique.

An international group of researchers have provided recommendations for countries to create a mesothelioma registry. Mesothelioma registries are great tools to monitor the negative effects of asbestos. It can help to identify clusters of asbestos exposure. Registries can also track the impact of asbestos reduction programs. Asbestos Health Risks Asbestos is a naturally occurring mineral that has been found throughout the world. Even though it is toxic, it is used in manufacturing and construction in many countries around the world. Mesothelioma is a cancer that is caused by exposure to asbestos. It grows in the lining of organs like the lungs. Generally, those who develop mesothelioma show no signs of illness for a long time after their first exposure. It … END_OF_DOCUMENT_TOKEN_TO_BE_REPLACED