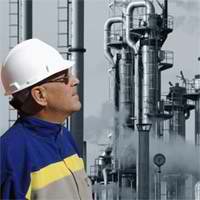 A new German study has confirmed what thousands of power plants workers already know: their exposure to asbestos on the job puts them at high risk for malignant mesothelioma.

Because of its heat resistant properties, asbestos was used for many years as an insulator around hot power plants turbines, wires and other sensitive equipment.  Thousands of power plants workers have come in contact with the material on a daily basis, in some cases, for decades.

In the newest study on the risk of mesothelioma among power plant workers, German researchers monitored 8,632 former or current power plant employees between 2002 and 2006 who worked with the large turbines.  The researchers took dust fibers from in and around the plants and found that 96 percent of the samples contained high amounts of chrysotile asbestos fibers, a known risk factor for asbestosis, mesothelioma, and other types of lung cancer.

The results of the analysis showed that up to 94 percent of the study subjects had been exposed to asbestos during their employment, some for as long as 20 years, and were at high risk for mesothelioma. The research team analyzed workers involved in different jobs within the power plant and found that the most intense asbestos exposure happened during the repair or revision of the power turbines. While all the power plant workers were heavily exposed to asbestos, power plant metalworkers and electricians, those most directly involved with turbine repair, tended to have the highest exposure and the greatest risk for diseases such as mesothelioma.

Most strikingly, the study found that, although the air inside the power plants was clearly toxic, 82 percent of the German workers did not have any safety precautions in their workplace to protect them against mesothelioma.  The study’s authors suggest that, because of the findings, metal workers and electricians in the power generating industry should be closely monitored for signs of mesothelioma. Although mesothelioma is fast-growing and resistant to traditional therapies, early detection vastly improves a patient’s chances of survival.

The MESOMICS project is the most comprehensive dataset of mesothelioma genomics to date. The data in this resource can help researchers to design precision treatments for mesothelioma patients This project was created by an international collaboration between scientists from France, Chile, and the United States. Understanding Diagnosis Malignant pleural mesothelioma is a rare cancer caused by asbestos exposure. There are approximately 2,000 cases of mesothelioma diagnosed in the United States alone every year. Because it is so rare, the treatment options are very limited compared to other types of cancer. The limited treatment options combined with the cancer’s ability to spread without being noticed makes mesothelioma a deadly disease. Median overall survival for mesothelioma patients is a little over a … END_OF_DOCUMENT_TOKEN_TO_BE_REPLACED