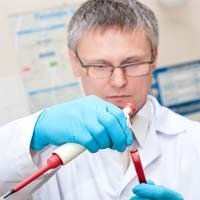 Two new studies on the role of the tumor suppressor protein p16 suggest that it may have an important role to play in distinguishing mesothelioma from other types of cancers and non-cancerous conditions.

Mesothelioma, a cancer of the body’s internal membranes, is one of the hardest cancers to diagnose and treat. Despite many ongoing studies, there are still no biomarker tests that can indicate for certain whether or not a patient has the disease. The ability to diagnose mesothelioma as soon as possible after it develops is a key part of treating it before it spreads.

Recently, two separate teams of Asian scientists – one from China and the other from Japan – have conducted studies focused on the potential value of p16 in diagnosing mesothelioma. P16 is a protein encoded by the CDKN2A gene. It helps to regulate the life cycle of cells and is believed to help prevent cancer by keeping healthy cells from mutating when their DNA replicates.

In one study conducted at several Japanese universities and hospitals, pathology researchers used a test called a FISH assay to check for the presence or absence of p16 in 28 patients with either mesothelial hyperplasia (non-cancerous), metastatic ovarian cancer on the mesothelial membrane, or peritoneal mesothelioma. These conditions can all appear similar and produce similar symptoms.

The researchers found that more than 63% of the mesothelioma cases were missing the p16 protein. In contrast, no deletions of the p16 protein were found in either the metastatic ovarian cancer cases or the RMH cases. They concluded that the FISH test for p16 offers a very accurate method for differentiating mesothelioma from other, similar conditions.

In a separate study conducted at the Shenyang Chest Hospital and published in a Chinese medical journal, pathologists compared the accuracy of FISH testing for p16 with a different test for p16 using immunohistochemistry. They used both types of p16 tests to distinguish mesothelioma from mesothelial hyperplasia. Like the Japanese scientists, they found that p16 was missing in most of the patients with mesothelioma but not in the patients with benign spots on their mesothelial membranes.

When they used FISH testing, they found that the rate of p16 deletion in mesothelioma was 81.8%. Immunohistochemical testing put that number a little lower. They concluded that FISH was a more accurate way to test for p16 in people with mesothelioma and was a valuable tool for distinguishing it from other conditions.

The MESOMICS project is the most comprehensive dataset of mesothelioma genomics to date. The data in this resource can help researchers to design precision treatments for mesothelioma patients This project was created by an international collaboration between scientists from France, Chile, and the United States. Understanding Diagnosis Malignant pleural mesothelioma is a rare cancer caused by asbestos exposure. There are approximately 2,000 cases of mesothelioma diagnosed in the United States alone every year. Because it is so rare, the treatment options are very limited compared to other types of cancer. The limited treatment options combined with the cancer’s ability to spread without being noticed makes mesothelioma a deadly disease. Median overall survival for mesothelioma patients is a little over a … END_OF_DOCUMENT_TOKEN_TO_BE_REPLACED