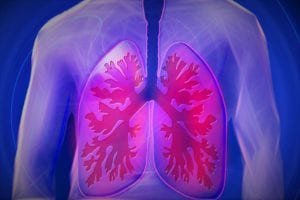 Hypofractionated radiation for mesothelioma could change how doctors treat this rare cancer.

Researchers in Toronto, Canada have been testing hypofractionated radiation in mesothelioma surgery patients. They have used it to shrink tumors before lung-removing EPP surgery.

Hypofractionated radiation is faster than than standard radiation. It may also cause fewer side effects.

Now, doctors want to know what else this type of radiation might be good for. They plan to test how well hypofractionated radiation works with less radical mesothelioma surgery.

There is also evidence that hypofractionated radiation may strengthen mesothelioma immunotherapy treatment.

In this trial, they used hypofractionated radiation for mesothelioma patients who were going to have a lung removed. Doctors call the lung-removing procedure EPP.

Because hypofractionated radiation is faster than standard radiation, mesothelioma patients can have surgery before bad side effects developed.

Sixty-six percent of mesothelioma patients in the SMART trial lived for three years. The median survival was 51 months. This is much better than the average mesothelioma life expectancy of 18 months.

Radiation with EPP Versus PD

But EPP has drawbacks including serious side effects. These days, many mesothelioma surgeons prefer to leave both lungs in place. Instead of EPP, they use a less radical approach called PD.

The Toronto team will soon test hypofractionated radiation in patients having PD surgery instead of EPP. This trial will go by the acronym SMARTER.

Dr. Marc de Perrot of Toronto General Hospital was a lead researcher on the SMART trial. He recently published an editorial in the Journal of Thoracic Disease.

In it, he talks about the SMARTER trial. He also suggests that radiation might help mesothelioma immunotherapy treatment work better. It could even become the main way to treat the asbestos cancer.

“The combination of non-ablative hypofractionated radiation with targeted immunotherapy is a promising strategy for the near future in mesothelioma,” writes Dr. de Perrot.

“Better understanding of its impact on the immune system will open the door for new exciting therapy in mesothelioma with immune therapy,” he concludes.

A new study shows that a multifaceted approach to quitting smoking can help patients diagnosed with cancer. One rare type of cancer is mesothelioma. This cancer is caused by exposure to asbestos. It occurs in the lining of different parts of your body, usually in the abdomen or the lungs. Mesothelioma often takes decades to develop after being exposed to asbestos. The symptoms can be hard to diagnose because they look like other, more common diseases. This makes treating mesothelioma more difficult, too. The cancer has more time to spread while doctors are struggling to make a diagnosis. There are other factors that make cancers like mesothelioma difficult to treat. Smoking after a cancer diagnosis can lead to worse survival … END_OF_DOCUMENT_TOKEN_TO_BE_REPLACED