Home / News / Radiation Treatment After Mesothelioma Surgery: Is it Worth It? 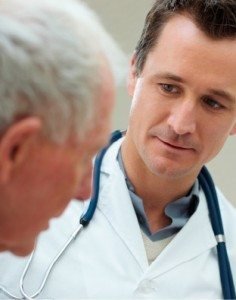 Because mesothelioma is both aggressive and highly resistant to conventional cancer therapies, most patients undergo several different types of treatment.

Radiotherapy can be used before mesothelioma surgery, after it, or instead of other treatments as a way to relieve symptoms.

In the case of the new study conducted at hospitals in Switzerland, Belgium and Germany, 113 enrolled mesothelioma patients first underwent chemotherapy to shrink their tumors, followed by extrapleural pneumonectomy (lung-removing mesothelioma surgery).

Mesothelioma patients who had good surgical results were then treated with high-dose radiotherapy to the affected side of their chest. The goal was to kill any remaining mesothelioma cells and prevent tumors from regrowing.

Of the 113 patients who underwent the lung-removing mesothelioma surgery, 96 achieved complete macroscopic resection or complete removal of the visible mesothelioma tumor. Fifty-four of these patients agreed to be assigned to a radiotherapy group or a non-radiotherapy control group for further treatment.

Twenty-five of the mesothelioma patients ended up receiving radiation treatment. Unfortunately, their rate of mesothelioma relapse was not significantly better than that of the non-radiotherapy group.

“Median locoregional relapse-free survival from surgery was 7.6 months in the no radiotherapy group and 9.4 months in the radiotherapy group,” reports lead researcher Rolf Stahel, MD, a molecular biologist in the University Hospital of Zurich. “Our findings do not support the routine use of hemithoracic radiotherapy for malignant pleural mesothelioma after neoadjuvant chemotherapy and extrapleural pneumonectomy.”

Complications of Radiotherapy After Mesothelioma Surgery

Not only did the post-surgical radiation treatment fail to extend mesothelioma survival, but it also caused some serious side effects in the study subjects.

One mesothelioma patient died from pneumonitis following the radiation treatment.

The new report is published in The Lancet, Oncology.

A new study published in Thoracic Cancer discussed the impact of COVID‐19 pandemic on new mesothelioma diagnoses in Italy. Malignant mesothelioma is a rare disease of great interest to the scientific community and to public health. This is due to its high lethality and its association with asbestos exposure. The timely diagnosis of mesothelioma is important. Although it may not change the prognosis of the disease, it can help in treatment strategies. It can also help in documenting previous exposure to asbestos. This can contribute to any request for compensation. New Study Shows Promising Results During the COVID-19 pandemic, there was a delay in the diagnosis of oncological diseases. This was because many departments were converted into COVID wards. And … END_OF_DOCUMENT_TOKEN_TO_BE_REPLACED