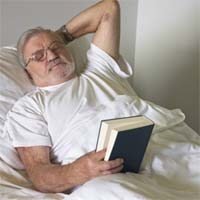 When it comes to advanced radiotherapy techniques for mesothelioma, experience counts.

That is the central message of a study conducted at Duke University Medical Center. Radiation Oncology researchers at Duke examined the records of mesothelioma patients who had received Intensity Modulated Radiation Therapy (IMRT) following surgery between 2005 and 2010.  All the mesothelioma patients had undergone extrapleural pneumonectomy (EPP), a radical procedure that involves the removal of the pleura and other membranes, a lung, and all or part of the diaphragm.

Radiotherapy can be especially challenging for mesothelioma – a cancer of the membranes around organs – because so many critical structures are located so close to the treatment area.  IMRT is designed to help direct more radiation into tumors while reducing the risk of radiation damage to healthy tissues.  To assess its success, The Duke study focused on 30 mesothelioma patients who had IMRT after EPP.  Twenty-one of them also underwent chemotherapy.  The study measured each patient’s response to the radiotherapy, as well as the level of toxicity to their contralateral (other side) lung and other tissues.

Over two years of follow-up, 47% of the mesothelioma patients achieved local control of their cancer, 34% experienced disease-free survival and the overall survival rate was 50%. But as the researchers examined the numbers, an interesting trend emerged: patients who were treated later, after the Duke doctors had had more experience using IMRT, did significantly better than those who were treated with the same technology in earlier years.

“Increasing experience planning malignant pleural mesothelioma cases was associated with improved coverage of planning target volumes,” write the researchers in a recent issue of the International Journal of Radiation Oncology, Biology and Physics.  At the same time, the amount of radiation absorbed by the contralateral lung appeared to decrease with increasing experience. Lung toxicity (side effects caused by radiation damage to the lung) occurred in 4 out of the first 15 mesothelioma patients treated, but there were no lung toxicity cases among the 15 later patients.

Although an experienced doctor is an asset, radiotherapy for mesothelioma is still an imperfect science.  The median survival for all patients in the Duke study was just 23.2 months and the researchers note that both local and distant mesothelioma control rates “remained suboptimal.”

A Canadian study found that tracking trends in mesothelioma at the local level can help officials predict future mesothelioma cases. Most mesothelioma tracking efforts focus on the national scale and monitor cases across a country or region. This study, published in Cancer Causes and Control, looked at mesothelioma cases based on industrial sources of asbestos in Ontario and British Columbia. Growing Number of Cases Asbestos is a toxic material that is used in many commercial and industrial products. It’s durability and heat resistance made it very popular in products like construction materials, textiles, and vehicles. Mesothelioma is a deadly cancer caused by exposure to asbestos. It was first identified as a cancer-causing material in 1977 by the International Agency for … END_OF_DOCUMENT_TOKEN_TO_BE_REPLACED