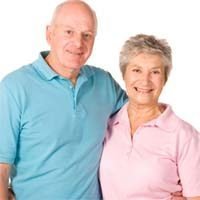 New research suggests that radiation therapy may eventually play a bigger role in the treatment of malignant pleural mesothelioma.

Doctors at the Icahn School of Medicine at Mount Sinai found that, although only a small percentage of mesothelioma patients in their study had undergone radiation therapy, the survival rates among those who did were significantly higher than those who had had other treatment modalities.

The Multi-modal Approach to Mesothelioma Care

There is no cure for malignant pleural mesothelioma, a rare cancer that attacks the membrane that surrounds the lungs, but there are treatments that can extend patients’ lives.

Multiple studies have found that those who have the highest mesothelioma survival are those who are treated with multiple types of mesothelioma therapies. This is known as multi-modality therapy.

Radiation therapy or radiotherapy is sometimes a part of multi-modality mesothelioma treatment, along with chemotherapy, surgery, immunotherapy or other experimental options.

The Role of Radiation in Mesothelioma Survival

For their new study published in the International Journal of Radiation Oncology, the Icahn team analyzed the records of 14,000 patients with non-metastatic (non-spreading) pleural mesothelioma listed in the government’s National Cancer Database.

They found that half of the patients had received chemotherapy, 20 percent had had some kind of mesothelioma surgery, and 3.6 percent received 40 to 65 Gy of external beam radiotherapy, a level the investigators called “definitive”.

The good news for the radiotherapy patients is that they had better overall mesothelioma survival rates than those who did not receive radiation.

Results of the Mesothelioma Study

After adjusting for demographic, pathologic and treatment factors, the team determined that study subjects who had both radiotherapy and surgery had a lower mortality rate than those who had either radiotherapy or surgery alone.

Others factors influencing length of mesothelioma survival in the study were treatment at an academic facility, chemotherapy, surgical resection, and having a higher income. Not surprisingly, patients who had other serious health problems did not live as long, regardless of whether they’d had radiotherapy.

The researchers conclude that there is both room and justification for the increased use of radiation therapy in the treatment of malignant pleural mesothelioma, especially as radiotherapy technology and techniques improve.

The MESOMICS project is the most comprehensive dataset of mesothelioma genomics to date. The data in this resource can help researchers to design precision treatments for mesothelioma patients This project was created by an international collaboration between scientists from France, Chile, and the United States. Understanding Diagnosis Malignant pleural mesothelioma is a rare cancer caused by asbestos exposure. There are approximately 2,000 cases of mesothelioma diagnosed in the United States alone every year. Because it is so rare, the treatment options are very limited compared to other types of cancer. The limited treatment options combined with the cancer’s ability to spread without being noticed makes mesothelioma a deadly disease. Median overall survival for mesothelioma patients is a little over a … END_OF_DOCUMENT_TOKEN_TO_BE_REPLACED