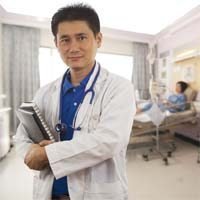 The Korean researchers who were the first to study the mesothelioma-fighting effects of a chemical in red wine say combining it with a drug normally used to treat leukemia may enhance the effect.

Resveratrol is a phenol derived from the skin of red grapes and found in red wine and grape juice. In 2013, researchers at Soonchunhyang University in Cheonan, Korea found that it may help fight mesothelioma by making cancer cells more sensitive to the tumor-fighting effects of chemotherapy.

In their latest study, the team combined resveratrol with clofarabine, an antimetabolite marketed under the brand name Clolar and used to treat relapsed acute lymphoblastic leukemia in children. The researchers found that, when they exposed mesothelioma cells and healthy cells to a mixture of resveratrol and clofarabine it “elicited a marked cytotoxicity on malignant mesothelioma MSTO-211H cells but not on the corresponding normal mesothelial MeT-5A cells”.

The difficulty of separating malignant and non-malignant cells is one of the greatest challenges of cancer treatment. A treatment that has the ability to “target” cancer cells while leaving normal cells alone could be an important advance.

To better understand how the combination works synergistically to kill mesothelioma cells, the researchers conducted a variety of tests on the protein levels of the treated cells. They found that the resveratrol/clofarabine combination increased apoptosis (programmed cell death) in the mesothelioma cells in part by activating a “cascade” of caspases. Caspases have been called “executioner” proteins because of their critical role in apoptosis.

Just as importantly, the changes sparked by the resveratrol/clofarabine treatment were not seen in the healthy mesothelial cells. “These studies indicate that the preferential activation of caspase cascade in malignant cells might have important applications as a therapeutic target for malignant mesothelioma,” concludes lead author Yoon-Jin Lee.

The new study was published online in BMB reports. Although several studies have demonstrated the potential benefits of resveratrol, researchers do not recommend that mesothelioma patients increase their red wine consumption. If further research confirms resveratrol’s value as a cancer-fighting agent, it may eventually be incorporated into the treatment of mesothelioma and other cancers.

Certain types of biomarkers can help doctors predict the best chemotherapy treatment for patients with malignant pleural mesothelioma. Researchers from Cairo University in Egypt looked at 91 mesothelioma patients. They tested two different chemotherapy drug combinations: pemetrexed plus cisplatin and gemcitabine plus cisplatin. FDA Approved Treatment Options Mesothelioma is a rare cancer caused by asbestos and standard therapies are limited. Most mesothelioma patients have chemotherapy as their first-line treatment. If they are healthy enough, they may also have surgery or radiation therapy. Chemotherapy is a group of toxic drugs that kill cells by damaging their DNA. As of this writing, the only FDA approved chemotherapy for malignant pleural mesothelioma is a combination of pemetrexed and cisplatin. Gemcitabine is not an … END_OF_DOCUMENT_TOKEN_TO_BE_REPLACED