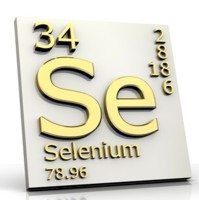 Sodium selenite, the most common water-soluble form of selenium, is an antioxidant and redox-modulating compound that can kill mesothelioma cells in cell cultures. Now researchers are discovering why it works. This could potentially lead to new treatments for mesothelioma.

Investigators from the Karolinska Institutet in Stockholm, Sweden previously discovered that selenite triggers the death of mesothelioma cells, particularly sarcomatoid cells, which are the least common but deadliest form of this cancer.

In the current study, which was published in the Journal of Experimental & Clinical Cancer Research, the investigators aimed to determine the pathways by which selenite kills mesothelioma cells, and why sarcomatoid cells seem to be most sensitive to selenite treatment. “Developing anticancer drugs is difficult,” explains Gustav Nilsonne, MD, lead study author and researcher in the Department of Laboratory Medicine, Division of Pathology at the Karolinska Institutet. “The key challenge is to find substances that act specifically against cancer cells but not against healthy cells. Selenite appears to have this kind of specificity. We have wanted to understand why the mesothelioma cells respond as they do, and that is why we investigated the cellular signaling mechanisms in response to selenite.”

The design of individual mesothelioma cell types, and the different processes within these cells may help determine how much damage selenite treatment inflicts. To evaluate these pathways, the researchers treated both epithelioid (the most common form of mesothelioma) and sarcomatoid cells with selenite, and then looked at the processes within the cancer cells that caused them to die.

Particularly of interest was the discovery that a protein called p53, which is known as the “master regulator” of cell death, built up in the mesothelioma cells after selenite treatment, but the selenite appeared to inactivate this protein so that it had no effect on the cells’ DNA. This finding indicates that selenite treatment must have triggered cancer cell death via other mechanisms besides p53.

“Broadly speaking, our results show that a variety of mechanisms are involved. Selenite does not activate just one single pathway,” Dr. Nilsonne says. “Instead of sounding a distinct note on the cell’s clavier, it triggers several disharmonious chord progressions at the same time, if you will.”

This study provides additional evidence that selenite is a promising new treatment for mesothelioma. However, the use of selenite is still experimental, and further research is needed to confirm its safety and effectiveness. Future studies will also determine whether combining selenite with other cancer drugs might boost its effectiveness on epithelioid mesothelioma cells.

Note: It is important to note that while trace amounts of the element are necessary for cellular function, selenium and selenium salts are toxic in large amounts. If you are interested in using selenium or selenite supplements for any health reason including cancer be sure to consult with your licensed healthcare practitioner.

A parasite found in cat feces triggered tumor regression in recent animal studies in China. It is a hopeful sign that the same process might be adapted to help human mesothelioma patients, too.   The parasite is toxoplasma gondii. It is a single-celled parasite that can only replicate inside live host cells. It is typically found in the feces of cats or in soil or water contaminated by their feces.  It is capable of entering most cells in most warm-blooded animals.  The goal of the new Chinese study was to determine whether toxoplasma gondii could modulate immune response in tumors. If it can, it might help immunotherapy drugs cause tumor regression in people with mesothelioma and other hard-to-treat cancers.  How Mesothelioma … END_OF_DOCUMENT_TOKEN_TO_BE_REPLACED