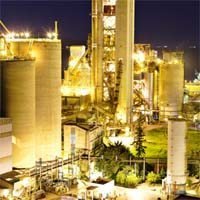 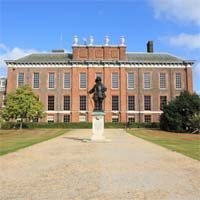 Once widely used as a building material and insulator, asbestos has been linked to a range of health problems including asbestosis, lung cancer, and mesothelioma, a cancer of the lung lining that can spread quickly. Great Britain has one of the highest per capita rates of mesothelioma in the world with an estimated 4,000 deaths from the disease each year. By contrast, about 2,500 people die of mesothelioma in the U.S.

Though asbestos use is now banned in new construction in Great Britain, the BBC has reported that as many 500,000 commercial and residential properties still contain the substance, including the apartment at Kensington Palace where the young Duke and Duchess of Cambridge, Prince William and Kate Middleton, plan to live. The last major renovation of the palace, originally known as Nottingham House, was in 1960 at a time when asbestos use was at its peak.

Like other homes of that era, the palace likely contains asbestos insulation and asbestos thermal coverings around hot water heaters and pipes. Asbestos may also be found in the electrical system around wires or as a lining for fuse boxes. It is also not uncommon to find asbestos in floor and ceiling tiles, roof shingles, chimney flues, paint, sealants and wallboard in older homes. The older and more brittle asbestos-containing materials are, the more likely they are to crumble and release their toxic fibers into the air, increasing the risk of mesothelioma.

To safely remove asbestos from properties such as the aging palace, asbestos abatement professionals use a variety of techniques including wetting down the crumbling materials to reduce dust. To protect themselves from mesothelioma, they may also use specially-designed protective clothing and respirators.

The planned palace renovation comes at a time when the issue of asbestos abatement is making headlines around the world. In Australia, where mesothelioma rates are rising, especially among women, legislators are calling on the government to force Do-It-Yourself home renovation television shows to warn homeowners against removing asbestos themselves. The renovation and asbestos abatement at the royal couple’s news residence is expected to take a year.

“Where is asbestos commonly found?”, from the website of the Chartered Institute of Plumbing and Heating Engineering.

A new study from the University of Sydney showed that cannabis had some anti-cancer effects in mesothelioma. Parts of the marijuana plant have been used for centuries to treat a wide variety of ailments. This includes cancers like pleural and peritoneal mesothelioma and cancer-related pain. We have all heard of medical marijuana. Various states have either legalized its use for specific patients. Many are reviewing its legality for various diseases. Cannabis and Mesothelioma Survival Mesothelioma is a deadly disease with few treatment options. Alternative treatments consist of any approach considered non-conventional. This may include herbs, vitamins, minerals, and other natural non-toxic supplements. When used with conventional approaches, these alternative modalities are often called “complementary.” Surveys suggest that over 70% of … END_OF_DOCUMENT_TOKEN_TO_BE_REPLACED