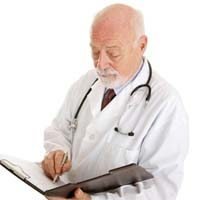 Mesothelioma patients whose cancer shows at least a partial response to pemetrexed-based chemotherapy may benefit from the same drug again if their cancer relapses, according to a new study.

Caused by exposure to asbestos, mesothelioma is a fast-growing cancer of the mesothelial tissue that encases internal organs. Pemetrexed-based chemotherapy has been shown to be effective for some mesothelioma patients. To date, no drugs have been approved for second-line treatment of mesothelioma, when the diseases continues to progress after first line chemotherapy.

Now, a study conducted by a group of Italian researchers and published in the medical journal Lung Cancer tested the effectiveness of pemetrexed-based chemotherapy as a second-line treatment for mesothelioma patients.

The researchers observed the responses of 31 patients who had had at least one prior round of pemetrexed-based chemotherapy and were re-treated with the same therapy between 2004 and 2009. All of the patients were at least 3 months past their prior round of chemotherapy treatment before they were treated again. When they were re-treated, fifteen of them received pemetrexed alone and 16 received a pemetrexed/platinum combination.

Overall, the mesothelioma tumors shrunk (complete or partial response) or at least stopped growing (stable disease) in 48 percent of patients and the median survival rate was 10.5 months after the treatment. When the researchers looked closer at the data, they determined that those patients whose tumors stopped progressing for at least 12 months after their first round of pemetrexed-based chemotherapy, were more likely to respond well the second time around. These patients gained about 5.5 months of progression-free survival whereas those whose disease had not stayed in check for 12 months after their first round of chemo, only received another 2.5 months of progression-free survival from second-line treatment. Side effects from the chemotherapy itself were reported as relatively mild.

Another smaller observational study reported last year by Japanese Researchers in the International Journal of Clinical Oncology came up with similar results. In that study, patients who did best on second-line pemetrexed-based therapy were those whose cancer had been held in check for at six months by the first-line treatment.

Both sets of researchers say their data should help guide doctors in the treatment of their mesothelioma patients. They recommend that doctors consider how well and how long a mesothelioma patient responded to pemetrexed-based chemotherapy the first time around, when considering whether to use the same drug as a second-line treatment. The teams conclude that further research is needed to decide the best way to mange mesothelioma patients who have relapsed.

A new study from the University of Sydney showed that cannabis had some anti-cancer effects in mesothelioma. Parts of the marijuana plant have been used for centuries to treat a wide variety of ailments. This includes cancers like pleural and peritoneal mesothelioma and cancer-related pain. We have all heard of medical marijuana. Various states have either legalized its use for specific patients. Many are reviewing its legality for various diseases. Cannabis and Mesothelioma Survival Mesothelioma is a deadly disease with few treatment options. Alternative treatments consist of any approach considered non-conventional. This may include herbs, vitamins, minerals, and other natural non-toxic supplements. When used with conventional approaches, these alternative modalities are often called “complementary.” Surveys suggest that over 70% of … END_OF_DOCUMENT_TOKEN_TO_BE_REPLACED