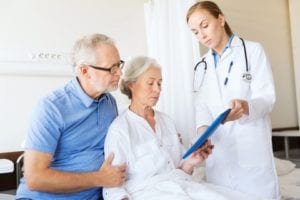 A new study suggests that the cancer drug Opdivo could be an effective second-line treatment option for people with relapsed mesothelioma.

Right now, people whose mesothelioma comes back after treatment do not have an approved second-line treatment option.

The news on Opdivo comes from the first ever placebo-controlled phase 3 trial of patients with relapsed mesothelioma. It shows that the drug significantly improved overall survival for these patients. It also increased the time it took for patients’ cancer to get worse.

Details of the CONFIRM Trial

The trial of this proposed second-line treatment option for mesothelioma was called CONFIRM. It involved 332 mesothelioma patients from 24 UK cancer centers. The patients already had at least one treatment. Two thirds of them had more than two. All trial subjects had mesothelioma that could not be removed surgically.

Even among mesothelioma patients whose cancer is operable, chemotherapy is usually the first step. But this is not a cure. For most patients, their tumors start growing again or new ones appear within a few months. When this happens, there is no clear next step.

The CONFIRM trial could change that. Recruitment for the trial had to stop early because of COVID. But researchers say they got enough data to show that this second-line treatment option improved survival by 28 percent.

The Search for a Second-Line Treatment Option

Opdivo is the brand name for the drug nivolumab. Nivolumab is an immunotherapy drug. It blocks the action of a protein that can protect cancer cells. When that protection is disabled, mesothelioma cells are more vulnerable to treatment.

In 2020, the FDA approved a combination of Opdivo and another immunotherapy drug called Yervoy for first-line mesothelioma treatment. It was the first new drug treatment for mesothelioma since 2004.

But there was still no second-line treatment option for mesothelioma patients. Dean Fennell, MD, PhD, helped run the new Opdivo trial. He is a professor of Thoracic Oncology at the University of Leicester in the UK. Dr. Fennel presented his findings at the virtual World Conference on Lung Cancer this week.

“Nivolumab was deemed a safe and effective treatment and should be considered a new treatment option for patients with relapsed mesothelioma,” he told participants.

Opdivo is the first second-line treatment option for mesothelioma to show a survival benefit in a randomized phase 3 trial. In the new study, people on Opdivo lived for a median of 9.2 months versus 6.6 months for the placebo group.

The drug also cut the risk of disease progression or death by 39 percent. A year after treatment, almost 15 percent of the Opdivo group had still not gotten worse. This was true for only five percent of the placebo group.

But this second-line treatment option may be better for some mesothelioma patients than for others. People with the epithelioid mesothelioma subtype saw a “significant clinical benefit” with Opdivo. Those with rarer subtypes did not.

The MESOMICS project is the most comprehensive dataset of mesothelioma genomics to date. The data in this resource can help researchers to design precision treatments for mesothelioma patients This project was created by an international collaboration between scientists from France, Chile, and the United States. Understanding Diagnosis Malignant pleural mesothelioma is a rare cancer caused by asbestos exposure. There are approximately 2,000 cases of mesothelioma diagnosed in the United States alone every year. Because it is so rare, the treatment options are very limited compared to other types of cancer. The limited treatment options combined with the cancer’s ability to spread without being noticed makes mesothelioma a deadly disease. Median overall survival for mesothelioma patients is a little over a … END_OF_DOCUMENT_TOKEN_TO_BE_REPLACED