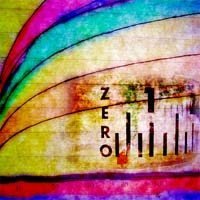 Mesothelioma patients whose cells express a protein called CD9 are likely to do better and live longer than those who don’t produce this special protein.

That news comes out of a laboratory at Hiroshima University in Japan. CD9 is a cell surface glycoprotein involved in cell growth, adhesion and mobility. Its expression is associated with several other types of cancer. To measure the impact CD9 expression has on mesothelioma cells, a research team at the Institute of Biomedical and Health Sciences in Hiroshima first measured what happened to mesothelioma cells in the lab when CD9 expression was knocked down through gene manipulation. In those cell samples, knockdown of CD9 resulted in more mobility for the cancer cells.

And the CD9 patients had other factors in their favor, too. These patients tended to be younger than 60, have mesothelioma that was in an earlier stage, have the epithelioid subtype, and have undergone extrapleural pneumonectomy (for which patients must be in good overall condition) or chemotherapy. The study prompted the Japanese team to conclude, “CD9 expression is an independent favorable prognostic marker of malignant mesothelioma.”

The MESOMICS project is the most comprehensive dataset of mesothelioma genomics to date. The data in this resource can help researchers to design precision treatments for mesothelioma patients This project was created by an international collaboration between scientists from France, Chile, and the United States. Understanding Diagnosis Malignant pleural mesothelioma is a rare cancer caused by asbestos exposure. There are approximately 2,000 cases of mesothelioma diagnosed in the United States alone every year. Because it is so rare, the treatment options are very limited compared to other types of cancer. The limited treatment options combined with the cancer’s ability to spread without being noticed makes mesothelioma a deadly disease. Median overall survival for mesothelioma patients is a little over a … END_OF_DOCUMENT_TOKEN_TO_BE_REPLACED