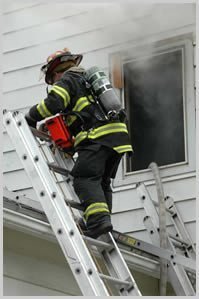 Almost 15 years after the worst terror attack on American soil, the heroic firefighters and first responders, along with their families, continue to fight an uphill battle. The toxic debris, human remains and piles of rubble have long since disappeared, but their fight continues to this day in the form of delays and bureaucracy.

In December 2015, amid much fanfare, Congress begrudgingly approved reauthorization of the Zadroga Act: wide-ranging legislation that provides healthcare and other benefits to 9/11 firefighters and first responders.

“When the original bill passed in 2010, mesothelioma wasn’t even a part of the bill,” says John Feal, founder and president of The Feal Good Foundation, a 9/11 advocacy group working on behalf of firefighters, first responders, and their families.“Just as soon as the bill was passed, while everyone else was celebrating, we were petitioning to have cancer added to the bill. Within a year we got cancer added to the bill,” says Feal.

As a result of his advocacy organization and many others, there are now about 16 types of cancers covered by the Zadroga Act.

“Sadly,” says Feal, “I hope I’m wrong, but we all know that asbestos takes 15 to 25 years to manufacture in the body. Even though we haven’t seen a large cluster yet, after 14 years going on 15, I believe we’re on the cusp of thousands of 9/11 firefighters and first responders who are going to come down with mesothelioma. My prediction is that a third of those who worked on the pile will come down with the disease and that could be myself. I’m worried about my health down the road.”

Thankfully, mesothelioma and many other cancers are now covered by the recently reauthorized Zadroga Act, but the battle for firefighters and 9/11 first responders, who have already endured years of battling, continues unabated.

The very same 9/11 dust and debris that are causing cancers such as mesothelioma, as well as other ailments in firefighters and first responders, are causing neuropathy. In general, the term refers to diseases or malfunctions of the nerves which can affect any part of the body.

The degree to which an individual is affected by a particular neuropathy may vary and symptoms can cover a wide area and many nerves. The problems it causes depend upon the type of nerves that are affected.

Sensory nerves (the nerves that control sensation) causing tingling, pain, numbness, or weakness in the feet and hands

The majority of cases of neuropathy, often referred to as peripheral neuropathy, affect the motor and sensory nerves, however autonomic neuropathy can affect internal organs, as well. Patients generally experience initial symptoms on their feet, hands, arms and legs such as:

Since neuropathy is NOTcurrentlycovered by the Zadroga Act, a significant number of firefighters and first responders are experiencing such symptoms without the healthcare provided by the Act.

The arduous push for approval for neuropathy to be added to the Zadroga Act recently got a shot in the arm via a study published by the Journal of Occupational and Environmental Medicine. The new research, conducted by Marc Wilkenfeld, MD, and associates from Winthrop University Hospital in Long Island, New York, substantiates the growing number of physical symptoms from 9/11 firefighters, first responders and lower Manhattan residents who are complaining of neuropathy symptoms.

Although encouraging, a final vote/recommendation rests in the hands of the WTC Health Program Scientific/Technical Advisory Committee (STAC). The Zadroga Act facilitates consultation with STAC regarding whether a particular health condition should be added to the list of WTC-related health conditions.

The WTC Health Program STAC operates under the National Institute for Occupational Safety and Health (NIOSH) which operates under the Centers for Disease Control (CDC) who ultimately answers to the Secretary of Health who in turn answers to the White House. If STAC votes to recommend, then ultimate approval rests in the hands of NIOSH. Unfortunately, there are many other players, such as Congress, who potentially influence the ultimate decision.

“History will show that the CDC and the Secretary of Health haven’t always been great to the 9/11 community and the thousands who suffer,” says Feal. “There are some 73,000 people across the country who are enrolled in the World Trade Center Health Program, with 433 out of 435 congressional districts represented at ground zero during the cleanup and recovery.” Therefore, individual Americans contacting their elected representatives in Congress is a vital part of the effort to have neuropathy added to the Zadroga Act.

Even with the battle to have mesothelioma and other cancers added to the Zadroga Act now complete, the fight is far from over for firefighters, first responders, and their families. Clearly, neuropathy should be added to the Act so those that responded so heroically on 9/11 will not have to suffer by being excluded. Firefighters, first responders and their families should not still be fighting these battles almost 15 years after the worst terrorist event in history, but they are.

More importantly, they should not be fighting these battles alone without the help and push from Americans at large, including police, firefighters, advocacy groups and the like. While much has been accomplished via the Zadroga Act, it’s just not good enough if firefighters and first responders, along with their families, are left out when it comes to neuropathy.

The layers of bureaucracies involved in arriving at ultimate approval of neuropathy being added to the Zadroga Act are so dense that only an outcry from millions will remove the obstacles standing in the way of approval.

The following resources and more to come are the best way for both average citizens, along with firefighters and police, to get involved in the push. By merely sharing via social media, linking to this page from websites, etc. you will propel the efforts to educate and advocate for this extremely worthy cause.

Note: This article was written by J. Kane Latta.