Home / News / States Wrestle with Legal Side of Mesothelioma 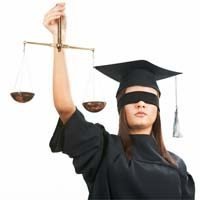 Recent changes in the way some states handle mesothelioma lawsuits may eventually have an impact nationwide.

In Pennsylvania, the state Supreme Court has voted unanimously to reject the scientific theory that even a small amount of asbestos can trigger asbestos diseases such as mesothelioma. Mesothelioma is a virulent cancer whose only known cause is exposure to the mineral asbestos. The Environmental Protection Agency has said there is no safe level of exposure, however scientific evidence suggests that risk of mesothelioma increases with increased asbestos exposure.

The Pennsylvania Supreme Court decision means that plaintiffs in mesothelioma cases can no longer argue that exposure as small as a single fiber of asbestos could have triggered their disease. Instead, the court ruled that mesothelioma lawsuits would have to demonstrate some relationship between the amount of asbestos exposure and development of the disease. Texas is the only other state that has also barred the so-called “any breath” or “any fiber” theory.

At the same time, the state of Louisiana is debating a bill that could dramatically change the discovery process in mesothelioma and asbestos exposure cases. Because of mesothelioma lawsuits against companies that had exposed their workers to asbestos, some companies had to declare bankruptcy and set up trusts to deal with future claims.  Now attorneys that represent asbestos defendants want plaintiffs in asbestos exposure lawsuits to provide a list of all potential defendants during the discovery process including bankruptcy trust funds.  The argument is for more transparency but apparently the real concern is to reduce liability for their clients.

For example, in a typical mesothelioma case a defendant may be partly at fault and have to pay a percentage of a verdict.  By including compensation from bankruptcy trust funds the defendants would theoretically may a smaller share.  The bill must pass the Louisiana Senate and the Governor before it will become law.  If it does, it could have an impact on the way other states handle mesothelioma cases.