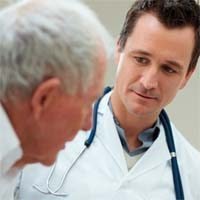 It will be at least another five years before a generic version of one of the most popular drugs used to treat mesothelioma becomes available.

Eli Lilly owns the patent on the chemical makeup of pemetrexed disodium, known by the brand name Alimta, which was approved by the FDA in 2004 to treat mesothelioma. Lilly’s patent on Alimta was set to expire in March 2011 but was extended to 2016 after the U.S. Patent and Trademark Office decided that it had taken an unusually long time for the FDA to approve it.

In spite of the extension, late last year, generic drug company Teva Pharmaceuticals Industries, Ltd. challenged the mesothelioma drug’s patent in an effort to win the rights to produce their own version of the drug, which has become one of Lilly’s best sellers. In addition to treating mesothelioma, Alimta has also been approved to treat advanced nonsquamous non-small cell lung cancer and has become highly profitable for Lilly. Alimta was Lilly’s third best-selling drug in the third quarter of 2010.

But a federal court judge in Delaware upheld Lilly’s exclusive rights to the mesothelioma drug, which also means that Lilly has the right to set the drug’s price. Alimta was developed by a Princeton scientist who claims to have conceived the idea while studying chemical compounds known as heterocyclic compounds in the iridescent wings of butterflies. Lilly shares a portion of its Alimta profits with Princeton.

Mesothelioma is a rare and difficult-to-treat cancer caused by exposure to asbestos. Alimta was the first and only drug approved specifically to target malignant pleural mesothelioma cancer cells. Now commonly used in combination with cisplatin or another chemotherapy medicine, Alimta helps doctors manage mesothelioma by blocking the action of a cellular chemical that helps cells to multiply. It belongs to a group of chemotherapy drugs known as antimetabolites.

Although Lilly’s Alimta patent has been upheld, some legal experts predict that Teva will appeal the ruling because of the potential profitability of a generic form of Alimta. Generic Alimta could benefit patients by helping to reduce the cost of treating mesothelioma. Even if Teva continues to be unsuccessful at overturning the patent, when the exclusivity rights expire in 2016, several companies will likely begin producing generic forms of pemetrexed.

The MESOMICS project is the most comprehensive dataset of mesothelioma genomics to date. The data in this resource can help researchers to design precision treatments for mesothelioma patients This project was created by an international collaboration between scientists from France, Chile, and the United States. Understanding Diagnosis Malignant pleural mesothelioma is a rare cancer caused by asbestos exposure. There are approximately 2,000 cases of mesothelioma diagnosed in the United States alone every year. Because it is so rare, the treatment options are very limited compared to other types of cancer. The limited treatment options combined with the cancer’s ability to spread without being noticed makes mesothelioma a deadly disease. Median overall survival for mesothelioma patients is a little over a … END_OF_DOCUMENT_TOKEN_TO_BE_REPLACED