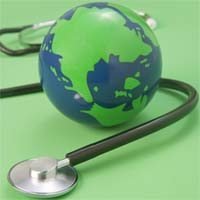 Two new reports highlight the fact that mesothelioma and other asbestos-related diseases are global issues.

Reporting in a recent issue of Global Health Action, scientists from South Africa’s National Institute for Occupational Health and the University of Witwatersrand in Johannesburg say the country is facing an epidemic of environmentally-linked asbestos-related diseases like mesothelioma because of abandoned asbestos mines. The same report also found that many of these mesothelioma patients are not receiving any compensation for their injuries.

South Africa was once a top exporter of asbestos, which was used for thousands of industrial applications, including insulation, construction materials, asbestos cement, and friction products like brake and clutch pads. Although all of South Africa’s asbestos mines are now closed because of the risk of diseases like mesothelioma, the new study suggests that they continue to pose a serious environmental hazard.

The study’s author’s examined the 146 environmental mesothelioma and asbestos disease claims submitted between 2003 and 2010 to one of two South African trusts set up to deal with such cases. Of those cases, 77 were malignant mesothelioma, the cancer of the mesothelial membranes that is considered the most aggressive of the asbestos-related diseases. Of those 77 mesothelioma cases, only 33 received any compensation. The records show that these patients had been exposed to asbestos in their homes or neighborhoods.

“Mesothelioma was the most common disease diagnosed, but most cases were not compensated,” observed the study’s authors. “This highlights that there is little redress for individuals with environmentally-acquired asbestos-related diseases in South Africa.” The study calls on the South African government to rehabilitate abandoned asbestos mines and the environment surrounding them in order to stop the epidemic of environmentally-linked asbestos-related diseases.

At the same time, in China, researchers at the Chinese University of Hong Kong studying occupational exposure to asbestos say that “urgent efforts” must be made to increase regulations to protect workers from mesothelioma and other asbestos caused diseases. China has been the world’s top producer and consumer of chrysotile asbestos although the national mortality rate for asbestos-related diseases is unknown. An analysis of recent studies found mortality rates for lung cancer in Chinese asbestos workers and miners to be four times higher than expected, but found “surprisingly few” cases of mesothelioma which the researchers say may be due to problems in diagnosis. In its early stages, mesothelioma may cause vague symptoms that make it difficult to diagnose.

The Chinese researchers call for “improvements in diagnostic and systematic recording of the incidence and mortality of asbestos-related diseases” to decrease the future risk of mesothelioma and other diseases among asbestos workers. Although many countries have banned the use of asbestos, neither China nor the U.S. has done so. The World Health Organization estimates that 90,000 mesothelioma deaths annually are attributable to asbestos exposure.