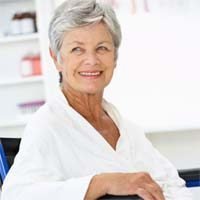 There is new evidence that an innovative radiotherapy technique called volumetric modulated arc therapy (VMAT) may be even better than other targeted radiation methods for mesothelioma patients who have had surgery.

VMAT is a sophisticated radiotherapy technique designed to deliver highly targeted radiation into a tumor while sparing normal tissues around it. During a VMAT treatment, single or multiple radiation beams sweep around the patient. Compared to some other types of conformal (targeted) radiotherapy, such as intensity modulated radiation therapy (IMRT), VMAT is more customizable, faster, and appears to be less affected by air cavities left behind after mesothelioma surgery.

Radiation oncologists at Hiroshima University Hospital in Japan studied the cases of 15 mesothelioma patients who were treated with VMAT following lung-removing EPP surgery. All of the patients were men and they had a median age of 67. Eight of the patients had early stage mesothelioma (Stage I or II) with minimal involvement of lymph nodes and the remaining seven had more advanced Stage III mesothelioma.

During a year of post-VMAT follow-up, 29 percent of the mesothelioma patients were free of their disease and more than half (55.7%) experienced no growth of their tumors. None of the patients died as a result of their VMAT treatment and only three had a serious side effect called pneumonitis.The best results occurred primarily among people with the most common epithelioid variety of mesothelioma.

Reporting in the Journal of Radiation Research, Dr. Tomoki Kimura and his colleagues conclude that lower lung radiation doses make VMAT relatively safe and effective for mesothelioma patients after EPP.

A 2013 Swiss study comparing VMAT and IMRT for mesothelioma after EPP also found that surrounding organs, including the remaining lung, received less radiation with VMAT. That study concluded that VMAT was “the most stable technique in regard to postsurgical air cavity variation” for pleural mesothelioma patients. Air cavities created by lung-removing surgery can complicate radiation treatment planning. Because of the high level of expertise needed to deliver VMAT, it is typically only available in large cancer centers.

Researchers in Iran tested the safety of a new version of the drug pemetrexed in patients with non-small cell lung cancer and malignant pleural mesothelioma. This drug is used to treat these patients when they are not able to get surgery for their cancer. The researchers were able to determine that pemetrexed is safe in patients with non-squamous non-small cell lung cancer. Treatment Choices Malignant pleural mesothelioma is a lung-related cancer like non-small cell lung cancer. It is caused by exposure to asbestos. Treatment for mesothelioma usually involves chemotherapy, radiation therapy, and surgery. Patients may receive more than one type of treatment. This is called multimodal therapy. Pemetrexed is a chemotherapy drug that interrupts the cell replication process that helps … END_OF_DOCUMENT_TOKEN_TO_BE_REPLACED