Home / News / Turning Up the Heat on Mesothelioma 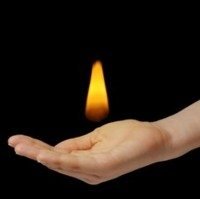 Researchers have discovered that mesothelioma cancer cells release certain proteins in response to heat, which help them survive when they are treated with heat-based chemotherapy. Suppressing the release of these protective proteins might improve the effectiveness of heat-based treatments, according to a recent study in the Journal of Biomedicine and Biotechnology.

Hyperthermal chemotherapy (using heated chemotherapy drugs to kill cancer cells) has been used in mesothelioma patients, but with very little success. In part, the lack of effectiveness is due to the late stage at which mesothelioma is typically diagnosed. It also has to do with protective mechanisms in the cancer cells. When mesothelioma cells are under stress from heat, they produce heat-shock proteins. These proteins both protect cancer cells from heat, and activate a mechanism that pumps the chemotherapy drugs back out of these cells, making them very resistant to the effects of heat-based therapy, according to lead study author Michael Roth-Chiarello, PhD, Professor of Lung Cell Biology at University Hospital in Basel, Switzerland. Yet these same heat-shock proteins, when secreted, also help the body recognize the cancer cells as foreign and stimulate the immune system to launch an attack against them.

The researchers wanted to determine whether activating heat-shock proteins ultimately helps or harms cancer cells, and if suppressing the release of these proteins might make cancer cells more vulnerable to the effects of heat. To that end, the researchers exposed both mesothelioma and non-cancerous cells from the lining of the lungs to increasing temperatures (98.6 – 107.6 degrees Fahrenheit). Although the heat slowed the spread of mesothelioma cells, it also reduced normal cell growth. And, exposure to heat triggered the release of heat-shock proteins in the cancer cells.

Inhibiting the heat-shock proteins, or the cell signaling proteins that trigger their release in times of heat stress might be a new option for treating mesothelioma. Recently, several pharmaceutical companies have developed inhibitor drugs for some of the cancer cell signaling proteins, and a few of these therapies have even entered clinical trials. However, Dr. Roth-Chiarello says mesothelioma was not included in these studies.

One of the challenges to researching mesothelioma is that it is relatively rare, which makes finding drug therapies less profitable to drug companies. For this reason, mesothelioma doesn’t attract as much new research as other, more common cancers. “Unfortunately, mesothelioma research is not well funded and it is difficult to obtain sufficient financial support for such studies,” Dr. Roth-Chiarello says.

Another challenge is in finding mesothelioma tissue on which to test new therapies. Animal tissues (such as from a rat) do not accurately replicate the signaling in human mesothelioma tissues, and therefore don’t make very good research models.

For now, inhibiting the release of heat-shock proteins during heat-based chemotherapy remains a promising, but still largely untested mesothelioma therapy.

A Canadian study found that tracking trends in mesothelioma at the local level can help officials predict future mesothelioma cases. Most mesothelioma tracking efforts focus on the national scale and monitor cases across a country or region. This study, published in Cancer Causes and Control, looked at mesothelioma cases based on industrial sources of asbestos in Ontario and British Columbia. Growing Number of Cases Asbestos is a toxic material that is used in many commercial and industrial products. It’s durability and heat resistance made it very popular in products like construction materials, textiles, and vehicles. Mesothelioma is a deadly cancer caused by exposure to asbestos. It was first identified as a cancer-causing material in 1977 by the International Agency for … END_OF_DOCUMENT_TOKEN_TO_BE_REPLACED