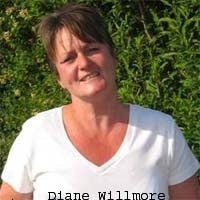 Mesothelioma patients in the United Kingdom have won an important legal victory in the country’s Supreme Court. The high court has upheld the cases of two women who died of mesothelioma after exposure to relatively low levels of asbestos.

Enid Costello was a secretary at a packaging factory where she claims to have been exposed to asbestos dust on the job. Costello died of mesothelioma in 2006 at the age of 74. Her employer, Greif UK, Ltd. claimed that her asbestos exposure at work was not enough to cause her mesothelioma and denied that they were at fault in her death.

The second subject of the Supreme Court case was Dianne Willmore of North Wales, who died of mesothelioma in 2009 at the age of 49. Willmore did not work around asbestos, but claimed that her mesothelioma was caused by exposure to asbestos in school as a student in the 1970’s. Mesothelioma can take 20 to 50 years to manifest symptoms after asbestos exposure. Willmore originally brought her case against the Knowsley Metropolitan Borough Council who denied negligence.

Knowsley and Greif has both argued that they should not be held liable for the deaths unless it could be proved that the asbestos exposure in the school and company at least “doubled the risk” of mesothelioma. But in both cases, the Supreme Court ruled that there was no minimum threshold of asbestos exposure needed to show liability. The decision is consistent with scientific findings that any level of asbestos exposure poses a health risk.

The cases, which are being praised by unions representing construction workers and teachers, are expected to have significant implications in a country with a high number of mesothelioma cases per capita. According to the country’s teachers’ union, Voice, 75 percent of UK schools contain asbestos and 140 school teachers have died of mesothelioma in the last ten years.

Alan Ritchie, General Secretary of the construction workers’ union, UCATT, said in a statement, “This judgment should be welcome. The Courts have upheld the right of asbestos victims to claim compensation. Sadly, this is just the latest in a long line of attempts by the insurance industry to deny compensation to people dying an agonizing death.”

The MESOMICS project is the most comprehensive dataset of mesothelioma genomics to date. The data in this resource can help researchers to design precision treatments for mesothelioma patients This project was created by an international collaboration between scientists from France, Chile, and the United States. Understanding Diagnosis Malignant pleural mesothelioma is a rare cancer caused by asbestos exposure. There are approximately 2,000 cases of mesothelioma diagnosed in the United States alone every year. Because it is so rare, the treatment options are very limited compared to other types of cancer. The limited treatment options combined with the cancer’s ability to spread without being noticed makes mesothelioma a deadly disease. Median overall survival for mesothelioma patients is a little over a … END_OF_DOCUMENT_TOKEN_TO_BE_REPLACED