Home / News / Vatalanib Not Effective as a ‘Single Agent’ for Mesothelioma 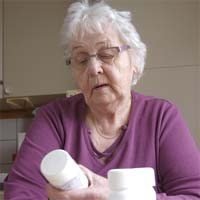 There has been a setback for doctors hoping the drug vatalanib would be a viable alternative to chemotherapy for mesothelioma patients.

Scientists with the Cancer and Leukemia Group B (CALGB), a research team based at the University of California, have ruled out further study on the medication as a single agent (administered by itself) after a phase II trial found no significant survival benefit among mesothelioma patients.

Vatalanib is an oral medicine classified as an anti-angiogenesis drug, designed to inhibit the formation of new blood vessels necessary to ‘feed’ a growing tumor. Although vatalanib has shown promise in the treatment of non-small cell lung cancer and has been compared to Avastin (bevacizumab), another anti-angiogenesis drug being tested for mesothelioma, the new study shows vatalanib by itself is not effective.

Phase II trials test the safety and efficacy of a new drug in human patients. To test vatalanib in mesothelioma patients, researchers at 19 centers enrolled a total of 47 patients. The median age was 75 and most (77%) had the epithelioid variety of mesothelioma. Patients received 1250 mg of vatalanib orally once a day. To test their response, CT scans and blood tests were performed at the start of the study and every six weeks afterward.

Toxicity was generally mild with the most common side effect – nausea – occurring in only 15% of patients. Unfortunately, the effects were also mild. Only 6% of the mesothelioma patients showed even a partial response to the drug. Fifty-five percent of patients had 3 months of progression-free survival and the median overall survival of mesothelioma patients in the study was 10 months – not enough, say the researchers, to recommend vatalanib over other treatments.

In a summary of their findings published recently in the journal Lung Cancer, the study’s authors conclude, “Vatalanib as a single agent with this dose and schedule does not warrant further study in this disease (mesothelioma).” Other anti-angiogenesis drugs are being tested in mesothelioma patients and at least one intravenous drug has shown some promise.

A Canadian study found that tracking trends in mesothelioma at the local level can help officials predict future mesothelioma cases. Most mesothelioma tracking efforts focus on the national scale and monitor cases across a country or region. This study, published in Cancer Causes and Control, looked at mesothelioma cases based on industrial sources of asbestos in Ontario and British Columbia. Growing Number of Cases Asbestos is a toxic material that is used in many commercial and industrial products. It’s durability and heat resistance made it very popular in products like construction materials, textiles, and vehicles. Mesothelioma is a deadly cancer caused by exposure to asbestos. It was first identified as a cancer-causing material in 1977 by the International Agency for … END_OF_DOCUMENT_TOKEN_TO_BE_REPLACED