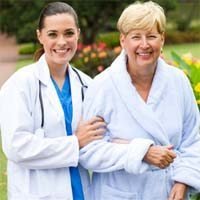 A new study of more than 14,000 American mesothelioma patients finds that women are three times more likely to survive mesothelioma than men are.

Researchers from the North Shore/Long Island Jewish Health System-Hofstra School of Medicine and Mount Sinai Health System in New York studied all pathologically confirmed mesothelioma cases in the national Surveillance, Epidemiology and End Results (SEER) database between 1973 and 2009. Patients were analyzed by age, year of diagnosis, race, stage, treatments, gender and other factors. The team then used the data to assess the association between the various prognostic factors and survival.

Of the 14,228 malignant pleural mesothelioma cases analyzed, 22% occurred in women. These women tended to be diagnosed at around the same cancer stage as men and were offered similar treatment options.

But, even where the baseline characteristics between men and women patients were similar, the five-year survival rate among the female mesothelioma patients was three times better than it was in men. More than 13 percent of women were still alive five years after diagnosis while only 4.5% of male patients survived that long.

What the study does not answer is why this disparity between male and female mesothelioma patients exists. In their report, “Women with Malignant Pleural Mesothelioma Have a Threefold Better Survival Rate Than Men”, the researchers suggest that differences in asbestos exposure, tumor biology, and the impact of male and female hormones on mesothelioma growth deserve further investigation.

One thing that nearly all mesothelioma patients, regardless of gender, have in common is a history of exposure to asbestos. The lower rates of mesothelioma in women are related, in part, to their historically low numbers in asbestos-exposing jobs. Asbestos is a fibrous mineral that can lodge deeply in body tissues triggering chronic inflammation that, in some cases, can become a malignancy.