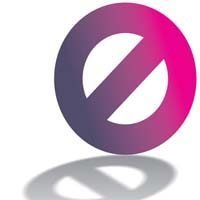 A British organization established to support victims of mesothelioma is joining the call for a total ban on the substance that causes it.

The National Asbestos Helpline is a national clearing house set up to support patients with mesothelioma and other asbestos-linked diseases and their families.  Because so many British homes and buildings were constructed when asbestos use was at its peak in the 1940’s, 50’s and 60’s, Great Britain has one of the highest per capita rates of mesothelioma in the world.  Mesothelioma, an aggressive cancer, is caused by inhalation or ingestion of airborne asbestos fibers.

In spite of the risk, asbestos is still used as an inexpensive building product and insulator around the world.  Now, as part of its support of the UK’s Action Mesothelioma Day on July 6, the National Asbestos Helpline (NAH) is calling for a worldwide ban on the material. Joining the NAH in the call is the British Lung Foundation (BLF) and the Asbestos Disease Awareness Organization in America (ADAO). The NAH has also launched an online petition to allow mesothelioma victims and others affected by asbestos to add their own support to the initiative.

“We are looking to reach over 1,000 signatures, with photographs, of those who have used our services and who have obviously had their lives changes as a result of coming into contact with asbestos,” NAH General Manager Richard Clarke said in press release this week. Clarke says the signatures will then be transferred to a book that will be presented to Dr. Penny Woods, CEO of the BLF and to Linda Reinstein from the ADAO.  The book will be used to present the “face” of the disease to companies and governments who still support the use of deadly asbestos.

Mesothelioma kills about 2,500 people in the UK each year – about the same number as die of mesothelioma in the U.S. annually. Worldwide, hundreds of thousands of people have died of mesothelioma and other asbestos-related diseases. Although some asbestos use is regulated in the U.S., it has not been banned.

The MESOMICS project is the most comprehensive dataset of mesothelioma genomics to date. The data in this resource can help researchers to design precision treatments for mesothelioma patients This project was created by an international collaboration between scientists from France, Chile, and the United States. Understanding Diagnosis Malignant pleural mesothelioma is a rare cancer caused by asbestos exposure. There are approximately 2,000 cases of mesothelioma diagnosed in the United States alone every year. Because it is so rare, the treatment options are very limited compared to other types of cancer. The limited treatment options combined with the cancer’s ability to spread without being noticed makes mesothelioma a deadly disease. Median overall survival for mesothelioma patients is a little over a … END_OF_DOCUMENT_TOKEN_TO_BE_REPLACED