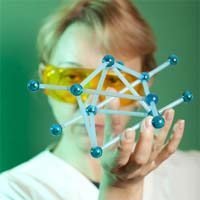 Adding the VEGF-inhibitor bevacizumab to a popular chemotherapy combination for mesothelioma does not appear to prolong survival after all.

Scientists at 11 of the nation’s top cancer centers have reached that conclusion after a double-blind, randomized, placebo-controlled test of the combination. Vascular Endothelial Growth Factors (VEGF) are signal proteins produced by cells that play an important role in the formation of blood vessels and in cell growth and division. Some VEGF-inhibitors have shown activity against malignant mesothelioma in preclinical models. Bevacizumab is a popular VEGF-inhibitor.

The theory behind the multi-center clinical trial was that adding bevacizumab to the mesothelioma combination of gemcitabine and cisplatin would boost the effectiveness of the drugs and prolong survival. Mesothelioma, an aggressive cancer caused by exposure to asbestos, is highly resistant to conventional treatments. One hundred and fifteen patients were enrolled in the study.  To be eligible to participate, they had to have unresectable mesothelioma and an Eastern Cooperative Oncology Group performance status of 0 to 1.  They could have no thrombosis, bleeding or major blood vessel invasion.

The results were disappointing. Patients on the bevacizumab experienced progression of their mesothelioma in 6.9 months, while those on placebo progressed in 6 months. Median overall survival times were 15.6 months for the bevacizumab group and 14.7 for placebo. In mesothelioma patients with the highest plasma concentrations of VEGF, the time to progression of their disease was shorter, regardless of which track they were on. There were no statistically significant differences in toxicity between bevacizumab and placebo.

Although there was a slight difference in the two groups, it was not enough to be considered “statistically significant.”  In summarizing their results, the researchers concluded, “The addition of bevacizumab to gemcitabine/cisplatin did not significantly improve progression free survival or overall survival in patients with advanced malignant mesothelioma.”

Malignant pleural mesothelioma is a rare type of cancer. A growing number of mesotheliomas are being treated with novel immunotherapies. But clinicians still lack a meaningful way to measure mesothelioma treatment response. An article in Seminars in Nuclear Medicine lists five ways clinicians can measure how well a treatment plan is working. And a new artificial intelligence tool can measure mesothelioma tumors without any human input. Artificial intelligence may provide the key to treatment response in the future. Measuring Mesothelioma Treatment Response In malignant pleural mesothelioma, complex tumors result in inconsistent clinical assessment. There are five common ways to measure if a treatment plan is working. Generally, a clinician will look to see if the size or weight of a tumor has … END_OF_DOCUMENT_TOKEN_TO_BE_REPLACED