Home / News / Asbestos in Mesothelioma Development: No Amount is Safe 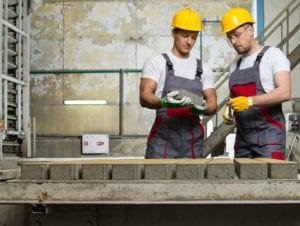 A new study contains some sobering news about the role of asbestos in mesothelioma development.

Public health officials in Italy analyzed the medical records of people who died of pleural mesothelioma in the Broni, Italy area. Broni was the site of an asbestos cement plant from 1932 until 1993.

They discovered that even some people who did not work with asbestos had a high risk of dying from this rare cancer. In fact, their risk for mesothelioma was higher even though their asbestos exposure was smaller.

It suggests that no amount of asbestos exposure is “safe” — especially for people who are extra sensitive because of their genetics.

Scientists began to suspect the role of asbestos in mesothelioma development as early as the 1940s. At that time, people who worked around asbestos started coming down with a mysterious lung disease.

Asbestos fibers can stay in the lungs for decades. The fibers work their way deep into the tissue. Over time, they can trigger cellular changes that lead to mesothelioma.

By the time researchers realized that asbestos caused the lung disease, thousands of people were already exposed.

Many factories like the asbestos cement plant in Broni continued to operate for decades, in spite of the risk for mesothelioma.

Hundreds of Broni residents — both asbestos workers and non-workers — have paid the price.

Even Non-Workers at Risk

Doctors have long known that asbestos-exposed workers are at risk for mesothelioma. They also know that second-hand asbestos can play a role in mesothelioma development.

But the new Italian study revealed something unexpected about asbestos in mesothelioma development.

The study included 188 people in the Broni area who died of asbestos-related diseases between 2000 and 2017.

The asbestos workers died of mesothelioma, lung cancer, and other asbestos-related conditions.

But the people exposed to asbestos at home, in the neighborhood, or through a family member’s clothes almost always died of mesothelioma. They were less likely to die of other asbestos-related illnesses. They also died sooner than the asbestos-exposed workers.

This suggests that genetics may modify the role of asbestos in mesothelioma development.

“The present data appear to support the hypothesis that even an exposure to a very little amount of asbestos can cause mesothelioma in hypersusceptible subjects (probably on a genetic basis),” concludes lead author Silvia Visona.

People with a BAP1 genetic mutation are probably more susceptible to mesothelioma. But there may be other genetic risk factors that doctors do not know about yet. Mesothelioma tends to run in families but there is almost always a link with asbestos in mesothelioma development.

Visona, S, et al, “Impact of asbestos on public health: a retrospective study on a series of subjects with occupational and non-occupational exposure to asbestos during the activity of Fibronit plant (Broni, Italy)”, December 20, 2018, Journal of Public Health Research, https://www.jphres.org/index.php/jphres/article/view/1519

A new French case report shines a spotlight on a little-known potential complication of mesothelioma immunotherapy: celiac disease.  Celiac disease is a chronic digestive and immune disorder brought on by sensitivity to gluten. Over time, celiac disease damages the small intestine causing long-lasting digestive problems. It can prevent patients from getting the nutrients they need to stay healthy.  The new case report appears in Frontiers in Immunology. It details the case of a 70-year-old man who developed celiac disease after treatment with nivolumab. The case suggests that celiac disease may be an underrecognized side effect of mesothelioma immunotherapy. It is a reminder for mesothelioma patients and doctors to pay close attention to digestive problems after treatment.  Stimulating the Immune System … END_OF_DOCUMENT_TOKEN_TO_BE_REPLACED