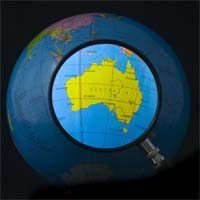 The Aboriginal people of Western Australia have the highest per capita incidence of malignant mesothelioma in the world according to a new article in the Australian and New Zealand Journal of Health. A now-closed asbestos mine may be to blame.

Malignant mesothelioma is a lethal and fast-growing cancer of the membranes around the heart, lungs or abdomen. It is caused almost exclusively by the mineral asbestos.

For decades, asbestos was used around the world to add strength and heat-resistance to a variety of building products including concrete, shingles, tile, and insulation. Even though asbestos is now banned in Australia because of the threat of mesothelioma, the country was once one of the world’s top producers.

Asbestos mining began in Wittenoom, Australia north of Perth in 1947. During the heyday of asbestos use and production in the 1950s and 1960s, the Wittenoom mine was Australia’s only supplier of crocidolite or “blue” asbestos.

The town of Wittenoom, which had been set up as a company town for the mine, was shut down in 1966 after asbestos was linked to the development of pleural and peritoneal mesothelioma.

In the latest study of the aftermath of Wittenoom, scientists with the Western Australian Department of Health and several Australian universities calculated the age-standardized incidence and mortality rates of malignant mesothelioma in the Wittenoom region, beginning in 1980. Rates were calculated separately for Aboriginal and non-Aboriginals.

The team uncovered 30 cases of mesothelioma among Aboriginal people in Western Australia. Twenty-six (67 percent) were determined to be a direct result of the asbestos mining at Wittenoom and the contamination it caused in the surrounding area.

Of the 2,070 cases of malignant mesothelioma among non-Aboriginals in Western Australia, the group found that fewer than a quarter of them could be attributed to Wittenoom. And the numbers revealed another sobering trend for native Australians.

“Aboriginals had considerably higher 10-year incidence rates than non-Aboriginals and, when compared to world populations, the highest mortality rate internationally,” says lead study author Peter Franklin who works with the School of Population Health at the University of Western Australia.

Even after asbestos mines like Wittenoom are closed, asbestos dust can linger in the area for decades. An independent evaluation of risk in the region performed in 2006 classified the health risk to visitors in the Wittenoom area as medium and the risk to residents as extreme.

Asbestos fibers are biopersistent which means that they remain in the body decades after they are inhaled or ingested. The fibers can trigger a cascade of physiological changes that, in some cases, lead to deadly mesothelioma.

The MESOMICS project is the most comprehensive dataset of mesothelioma genomics to date. The data in this resource can help researchers to design precision treatments for mesothelioma patients This project was created by an international collaboration between scientists from France, Chile, and the United States. Understanding Diagnosis Malignant pleural mesothelioma is a rare cancer caused by asbestos exposure. There are approximately 2,000 cases of mesothelioma diagnosed in the United States alone every year. Because it is so rare, the treatment options are very limited compared to other types of cancer. The limited treatment options combined with the cancer’s ability to spread without being noticed makes mesothelioma a deadly disease. Median overall survival for mesothelioma patients is a little over a … END_OF_DOCUMENT_TOKEN_TO_BE_REPLACED