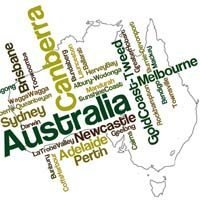 The first report using data from the newly-established Australian Mesothelioma Registry has been released, and the new is not good – especially for the country’s blue collar workers.

According to the report from Safe Work Australia, a health and safety advocacy group for the country’s building industry, the Australian Mesothelioma Registry recorded 612 new cases of mesotheliomain 2011. The new national registry became operational in 2011 with a goal of recording and tracking all new mesothelioma cases. The purpose of the registry is to help spot trends, provide research data, etc.

Six hundred and twelve new cases in 2011 equates to a rate of 2.7 mesothelioma cases per 100,000 people. However, Safe Work Australia cautions that the number is likely to be a significant underestimate of the actual total mesothelioma cases due to “possible delays in confirming or coding some diagnoses.”

One of the goals of the Australian Mesothelioma Registry is to have patients complete an asbestos questionnaire to learn more about their exposure history. A hundred mesothelioma patients completed the survey and 87 also went through a telephone interview.

Of the 87 people whose asbestos exposure history was thoroughly assessed, 14 had occupational exposure only. Thirty-five mesothelioma patients were exposed to asbestos both at work and outside of work, such as in the home, on a spouse’s work clothes, or in the environment. Thirty-two were found to have had non-occupational asbestos exposure only. In 6 of the 87 mesothelioma cases, there was no apparent exposure to asbestos at all.

Australia has one of the world’s highest per capita rates of mesothelioma, a rare cancer that attacks the membranes around organs and often resists conventional therapies. According to Safe Work Australia, Australia both produced and was one of the biggest consumers of asbestos until the mid-1980’s. Even though the Australian government issued a total ban on the use and importation of all forms of asbestos in 2003, it is still present in thousands of homes and buildings.

Earlier this year, the Australian government launched a campaign aimed at encouraging do-it-yourself homeowners not to make their own home renovations without having asbestos professionally assessed and/or removed first.

The MESOMICS project is the most comprehensive dataset of mesothelioma genomics to date. The data in this resource can help researchers to design precision treatments for mesothelioma patients This project was created by an international collaboration between scientists from France, Chile, and the United States. Understanding Diagnosis Malignant pleural mesothelioma is a rare cancer caused by asbestos exposure. There are approximately 2,000 cases of mesothelioma diagnosed in the United States alone every year. Because it is so rare, the treatment options are very limited compared to other types of cancer. The limited treatment options combined with the cancer’s ability to spread without being noticed makes mesothelioma a deadly disease. Median overall survival for mesothelioma patients is a little over a … END_OF_DOCUMENT_TOKEN_TO_BE_REPLACED