Home / News / Autoimmune Disease and Mesothelioma: Will it Impact Survival? 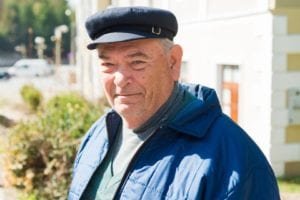 A new lung cancer study suggests that having an autoimmune disease will not necessarily lead to shorter cancer survival.

They determined that having an autoimmune disease did not negatively impact lung cancer survival. In fact, some of those patients lived longer than those with healthy immune systems.

What is an Autoimmune Disease?

Examples of autoimmune diseases include:

Many Americans have an autoimmune disease. This includes people with malignant mesothelioma. The NIH says about 23.5 million Amercians suffer from autoimmune disorders. That is more than seven percent of the population. These diseases are on the rise.

There is no evidence that mesothelioma patients are more likely than others to have an autoimmune disease. But they are not less likely, either. Fortunately, it may not impact their survival either way.

The new study was a retrospective study. That means that researchers looked through past records to find answers. The study included lung cancer patients treated at Northwestern University Medical Center between 2003 and 2019.

Autoimmune disease was present in 349 patients. The researchers narrowed down the list to 177 patients with a mean age of 67. (Older patients tend to have more serious health problems that could skew the results.)

“Compared with institutional controls, patients with autoimmune disease experienced no difference in survival despite the fact that fewer patients in this group received standard-of-care treatment,” writes author Saya Jacob, MD. “No individual autoimmune disease was associated with worse prognosis.”

Malignant mesothelioma is a rare cancer with a poor prognosis. Asbestos exposure at work or in the environment is the primary cause.

The MESOMICS project is the most comprehensive dataset of mesothelioma genomics to date. The data in this resource can help researchers to design precision treatments for mesothelioma patients This project was created by an international collaboration between scientists from France, Chile, and the United States. Understanding Diagnosis Malignant pleural mesothelioma is a rare cancer caused by asbestos exposure. There are approximately 2,000 cases of mesothelioma diagnosed in the United States alone every year. Because it is so rare, the treatment options are very limited compared to other types of cancer. The limited treatment options combined with the cancer’s ability to spread without being noticed makes mesothelioma a deadly disease. Median overall survival for mesothelioma patients is a little over a … END_OF_DOCUMENT_TOKEN_TO_BE_REPLACED