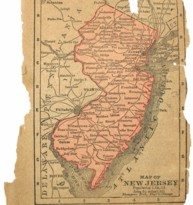 Removal of mesothelioma-causing asbestos is taking much longer than expected at an historic New Jersey library building where employees and patrons may have come in contact with the substance for years.

Nearly a month after it was scheduled to reopen, the East Orange Public Library remains closed.  The 1914-vintage building was closed after a state health department inspection found exposed asbestos throughout the building, which could put employees and patrons at risk for deadly mesothelioma cancer.  The library was ordered to hire a professional abatement contractor to safety remove the dangerous material, but months after the job was started, there is no indication when the building will reopen.

As a state with many old and historic neighborhoods, New Jersey has many such public buildings.  Asbestos was a common building product in the first half of the century and today many crumbling New Jersey public buildings and older residences are full of the material, literally from floor to ceiling, which has been directly linked not only to mesothelioma but also to lung cancer, asbestosis, a host of pulmonary problems and even autoimmune disorders.

The asbestos threat in New Jersey isn’t limited to the state’s many aging buildings.  Because of its heavy industrial background, New Jersey has also been the site of many companies which traditionally made heavy use of asbestos, including ship yards, power plants, chemical plants and oil refiners.  These industries all used asbestos for its superior heat and fire-resistant properties. As a result, their workers and former workers have a much higher incidence of mesothelioma and other asbestos-related diseases. At 2.3 cases per 100,000 people, the rate of mesothelioma in New Jersey is significantly higher than the national average of 1.8.  More than 2,800 New Jersey residents died of mesothelioma between 1980 and 2000.

In addition to the industrial presence of asbestos, New Jersey also contains naturally-occurring asbestos, which can also pose a health threat.  The U.S. Geological Survey (USGS), which is mapping naturally occurring sources of the mineral across the U.S., has found deposits to be abundant along the eastern edge of the Appalachian Mountains from northern New Jersey to Alabama.  Like industrial asbestos, this asbestos becomes a danger and could possible lead to mesothelioma when it is disturbed and inhaled as dust, as it might be during recreational activities or digging.

Finally, New Jersey figures prominently in the history of asbestos-related court cases. It was a New Jersey lawyer who uncovered a thirty-year corporate cover-up of asbestos health risks in 1977.  The so-called ‘Summer Simpson Papers’ opened the doors to thousands of lawsuits in New Jersey and across the country.

The MESOMICS project is the most comprehensive dataset of mesothelioma genomics to date. The data in this resource can help researchers to design precision treatments for mesothelioma patients This project was created by an international collaboration between scientists from France, Chile, and the United States. Understanding Diagnosis Malignant pleural mesothelioma is a rare cancer caused by asbestos exposure. There are approximately 2,000 cases of mesothelioma diagnosed in the United States alone every year. Because it is so rare, the treatment options are very limited compared to other types of cancer. The limited treatment options combined with the cancer’s ability to spread without being noticed makes mesothelioma a deadly disease. Median overall survival for mesothelioma patients is a little over a … END_OF_DOCUMENT_TOKEN_TO_BE_REPLACED