Home / News / Navy Can Be Blamed for Mesothelioma Death 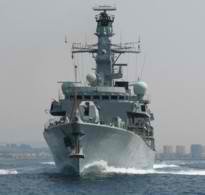 A California Appeals Court says the U.S. Navy can legally be blamed for failing to protect one of its shipyard workers from the asbestos that eventually took his life.

Ulysses Collins died of mesothelioma, a cancer caused by asbestos, in 2005 at the age of 65.  Collins had spent 30 years working as a welder and pipefitter in various California Naval shipyards.  Collins and his family brought suit against 17 companies, including Plant Insulation, one of the major manufacturers of the asbestos insulation heavily used by the Navy.  A jury found in the Collins’ favor and awarded them $10 million, but the jury questioned why the Navy was not named as one of the entities at fault.

At the time, the Navy was found to be protected from liability in such cases under ‘sovereign immunity’, the concept that ‘the king (or the government) can do no wrong’. But Plant Insulation appealed the trial court’s decision arguing that sovereign immunity means only immunity from liability, not immunity from fault when failure of duty was at stake.  The Appeals court agreed and said that the Navy did have a duty to protect Collins and, because they did not do so, they could share in the blame for his mesothelioma.

The decision is significant because Navy veterans are among the most common victims of mesothelioma, a cancer that occurs in the lining around organs, especially the lungs.  Asbestos was used in a wide range of materials that went into Navy ships until the 1980’s and hundreds of thousands of veterans and shipyard workers were continually exposed to the toxic mineral.  According to evidence presented by Plant Insulation’s attorneys, the Navy did not warn Collins of the dangers of asbestos, train him in the proper techniques for working with it, or provide him with the necessary protective gear.

In their opinion, the appellate court said the jury should have the right to find fault with every party who contributed to the plaintiff’s injury, regardless of whether or not that party has immunity from being sued.  The higher the number of defendants found to be at fault, the less any single one of them has to pay out.  In the original trial, Plant Insulation was found to be 20% at fault and so was ordered to pay 20 percent of the $10 million damages awarded. The Collins case will now be remanded to the lower court for a new finding on the issue of fault.

Mesothelioma is an incurable and aggressive cancer that can take up to 50 years to develop.  About 2,000 Americans receive a diagnosis of mesothelioma every year.  Many of them, like Collins, worked in various construction trades.

Researchers in Iran tested the safety of a new version of the drug pemetrexed in patients with non-small cell lung cancer and malignant pleural mesothelioma. This drug is used to treat these patients when they are not able to get surgery for their cancer. The researchers were able to determine that pemetrexed is safe in patients with non-squamous non-small cell lung cancer. Treatment Choices Malignant pleural mesothelioma is a lung-related cancer like non-small cell lung cancer. It is caused by exposure to asbestos. Treatment for mesothelioma usually involves chemotherapy, radiation therapy, and surgery. Patients may receive more than one type of treatment. This is called multimodal therapy. Pemetrexed is a chemotherapy drug that interrupts the cell replication process that helps … END_OF_DOCUMENT_TOKEN_TO_BE_REPLACED