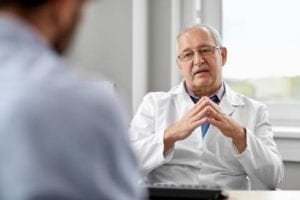 The case study of a UK lung cancer patient whose tumor shrunk while she was taking CBD oil could be a hopeful sign for mesothelioma patients, too.

pleural mesothelioma and non-small cell lung cancer are different disease but they share many commonalities. Both affect the lungs and cause similar symptoms. Sometimes, a treatment that works for NSCLC can help mesothelioma patients and vice versa.

The subject of the new case study was a lung cancer patient in her 80s. She went to the doctor for a cough that would not go away. A CT scan showed the woman had a tumor in her right lung.  Later, she developed more lung tumors.

The patient decided not to have surgery because of the risks involved. Instead, she and her doctors took a “watch and wait” approach. When subsequent scans showed her tumors were shrinking, doctors discovered the woman had been dosing herself with CBD oil.

Pleural mesothelioma is an aggressive cancer of the membrane around the lungs. It is most common in people who have worked or lived around asbestos.

When asbestos fibers get into the lungs, they stay there permanently. Studies suggest that the inflammation caused by these fibers may play a role in mesothelioma tumor development.

CBD oil contains chemical compounds called cannabinoids from the marijuana plant. Among other things, these compounds reduce inflammation. This may help explain how the oil helps fight disease. Although it has been used medicinally for centuries by various cultures, the US Drug Enforcement Administration still lists marijuana and its cannabinoids (biologically active ingredients) as Schedule I controlled substances.

But a growing number of cancer studies suggest that CBD and another active marijuana ingredient called THC might have a role to play in the treatment of mesothelioma and other cancers.

The subject of the new case study received her lung cancer diagnosis in June 2018. By September, the original tumor was already shrinking, but two new nodules had popped up. Doctors could have removed the cancerous lobe, but the woman chose not to have surgery.

“I was not very interested in traditional cancer treatments as I was worried about the risks of surgery, and I saw my late husband suffer through the side effects of radiotherapy,” the patient explained. “My relative suggested that I should try ‘CBD oil’ to treat my cancer, and I have been taking it regularly ever since.”

At first, she did not tell her doctors about the CBD oil. The woman took .5 ml of an oil containing CBD, THC, and THCA two or three times a day. She started shortly after her initial diagnosis. By February 2021, her original tumor had shrunk from 41 mm to 10 mm.

The woman did not make any other changes to her diet or lifestyle and continued to smoke. Her doctors concluded that the effect might be due to the cannabis oil. This could be good news for people with malignant mesothelioma and other types of cancer. But it is too early to know for sure.

“More research is needed to identify the actual mechanism of action, administration pathways, safe dosages, its effects on different types of cancer and any potential adverse side effects when using cannabinoids,” the researchers write. But they also add, “The potential for cannabinoids to be used as an alternative to augment or replace conventional primary cancer treatments definitely justifies further research.”

Click here to read more about the use of CBD oil and other marijuana compounds in the management of mesothelioma.

The MESOMICS project is the most comprehensive dataset of mesothelioma genomics to date. The data in this resource can help researchers to design precision treatments for mesothelioma patients This project was created by an international collaboration between scientists from France, Chile, and the United States. Understanding Diagnosis Malignant pleural mesothelioma is a rare cancer caused by asbestos exposure. There are approximately 2,000 cases of mesothelioma diagnosed in the United States alone every year. Because it is so rare, the treatment options are very limited compared to other types of cancer. The limited treatment options combined with the cancer’s ability to spread without being noticed makes mesothelioma a deadly disease. Median overall survival for mesothelioma patients is a little over a … END_OF_DOCUMENT_TOKEN_TO_BE_REPLACED