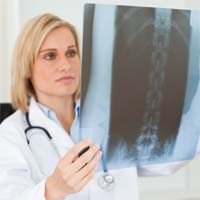 Some disappointing news for mesothelioma patients and doctors who had high hopes for the chemotherapy drug cediranib.  The oral cancer drug, made by Astra Zeneca, failed to produce the results researchers were looking for in a phase II trial. It also caused a host of serious side effects and was “poorly tolerated” at the only dose high enough to show any clinical improvement in mesothelioma.

Malignant mesothelioma is a rare cancer, claiming an estimated 2,500 lives in the U.S. each year. Typically caused by inhalation or ingestion of the mineral asbestos, mesothelioma spreads across the membranous linings around the lungs, heart or abdominal organs. It is usually fatal. Studies have found that patients with higher serum levels of vascular endothelial growth factor (VEGF), a signal protein that can stimulate the growth of cancer cells, have a lower chance of survival.

Cediranib is a powerful tyrosine kinase VEGF inhibitor, which latches on to certain VEGF receptor sites inside cells, preventing VEGF from having an effect in those cells. Researchers at the University of Chicago conducted a multi-center phase II trial of cediranib in patients with inoperable malignant mesothelioma. Fifty-one patients were enrolled at 9 centers. The patients had all received a limited amount of prior chemotherapy.

At the start of the trial, patients received 45 milligrams of cediranib during a 28-day cycle. The dose had to be scaled back to 30 milligrams because of side effects. Although disease control was highest at the 45 mg dose, the median progression-free survival time for all patients was 1.8 months and the median overall survival was 4 months. Fifteen percent of patients survived for a year.

The most troubling results of the mesothelioma trial were the serious side effects, which occurred at intolerable levels at the 45 mg dose. These grade 3 and 4 toxicities included fatigue, hypertension, pulmonary embolism, angioedema, and reversible posterior leukoencephalopathy, which can cause headache, confusion, seizures and vision loss.

Cediranib has found limited success in treating some other types of cancer. In 2011, an NIH study found that it could significantly shrink tumors in people with a rare cancer called alveolar soft part sarcoma (ASPS) for which no other chemotherapy drugs had been effective. At that time, the NIH reported that ASBS was the first solid tumor to demonstrate substantial tumor shrinkage with cediranib.

In a summary report of their phase II mesothelioma trial findings for the journal Lung Cancer, the University of Chicago research team concluded that, because the only dose level of cediranib associated with improved disease control also caused intolerable side effects, the study did not meet its pre-specified endpoint.

Certain types of biomarkers can help doctors predict the best chemotherapy treatment for patients with malignant pleural mesothelioma. Researchers from Cairo University in Egypt looked at 91 mesothelioma patients. They tested two different chemotherapy drug combinations: pemetrexed plus cisplatin and gemcitabine plus cisplatin. FDA Approved Treatment Options Mesothelioma is a rare cancer caused by asbestos and standard therapies are limited. Most mesothelioma patients have chemotherapy as their first-line treatment. If they are healthy enough, they may also have surgery or radiation therapy. Chemotherapy is a group of toxic drugs that kill cells by damaging their DNA. As of this writing, the only FDA approved chemotherapy for malignant pleural mesothelioma is a combination of pemetrexed and cisplatin. Gemcitabine is not an … END_OF_DOCUMENT_TOKEN_TO_BE_REPLACED