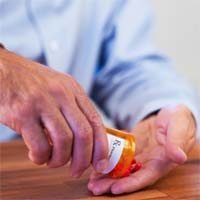 Three new published studies contain a mixed bag of findings on the effectiveness of chemotherapy for mesothelioma.

In a study designed to help doctors predict which mesothelioma patients will respond to pemetrexed-based chemotherapy, the most common first-line treatment, results were promising. Pemetrexed works, in part, by preventing mesothelioma cells from synthesizing several key enzymes, including thymidylate synthase (TS). Scientists involved in the multi-center pemetrexed study found that, as predicted, high levels of TS during therapy were a sign that the drug was not working to fight a patient’s mesothelioma.

In a separate cellular process, pemetrexed is converted into a more effective form by folylpoly-y-glutamate synthetase (FPGS).  In the same study, patients who had high FPGS expression saw better mesothelioma tumor response to pemetrexed. The study’s authors suggest that more evaluation is warranted on FPGS and TS expression and their prognostic power in mesothelioma.

While there is still no standard second-line chemotherapy treatment for mesothelioma, a Phase II study in Australia suggests that the oral chemotherapy drug sunitinib might be an option for some. Fifty-one mesothelioma patients received two cycles of sunitinib between July 2006 and December 2009. Six patients (12%) showed a partial response to the drug and 34 (65%) had stable disease. The team concludes that “Sunitinib has activity in a subset of patients with pretreated malignant pleural mesothelioma” and recommends further study of sunitinib.

The news was not as good for the drug bortezomib. A single-arm Phase II trial on bortezomib as a first- or second-line therapy found a partial response in only one out of 23 patients enrolled. One patient reportedly had stable disease, but most saw progression of their mesothelioma within the first two cycles on bortezomib. Preclinical tests on bortezomib had looked promising, but in light of the Phase II trial results, the UK-based research team concluded that the therapy “exhibits insufficient activity to warrant further investigation in unselected patients with mesothelioma”.

All three studies appear in the most recent issue of the Journal of Thoracic Oncology.

An international group of researchers have provided recommendations for countries to create a mesothelioma registry. Mesothelioma registries are great tools to monitor the negative effects of asbestos. It can help to identify clusters of asbestos exposure. Registries can also track the impact of asbestos reduction programs. Asbestos Health Risks Asbestos is a naturally occurring mineral that has been found throughout the world. Even though it is toxic, it is used in manufacturing and construction in many countries around the world. Mesothelioma is a cancer that is caused by exposure to asbestos. It grows in the lining of organs like the lungs. Generally, those who develop mesothelioma show no signs of illness for a long time after their first exposure. It … END_OF_DOCUMENT_TOKEN_TO_BE_REPLACED