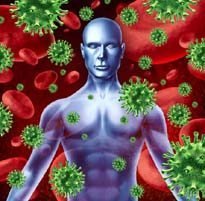 Fowlpox is a viral infection that primarily affects chickens and turkeys. It is caused by an avipoxvirus from the Poxviridae family.  Recently, some of the world’s top mesothelioma researchers at the John A. Burns School of Medicine at the University of Hawaii used an altered form of the Fowlpox virus to successfully stimulate an anti-tumor immune response in mice with mesothelioma cancer.

The treatment focused on a protein called survivin which is overexpressed by most human cancers, including mesothelioma, but rarely found in healthy tissues. In an effort to jump-start the immune systems of lab mice into targeting and attacking survivin-producing mesothelioma cells, the scientists altered the Fowlpox virus so that it would encode for survivin. The mice were then vaccinated with the Fowlpox-based survivin vaccine. The results were what the research team had been hoping for.

“Vaccination generated significant immune responses in both models, leading to delayed tumor growth and improved animal survival,” wrote the authors in the summary of their findings in the International Journal of Cancer. The Fowlpox-based survivin vaccine triggered a significant increase in the number of cancer-fighting CD8(+) T cells, particularly those that were survivin-specific. Analyses of the mouse tumors showed that the T cells had infiltrated the tumors, effectively ‘waking up’ the cell-signaling proteins responsible for stimulating immune responses. The vaccination had no negative impact on fertility in the mice and did not inadvertently cause their immune systems to attack healthy tissues.

Mesothelioma is a cancer of the membranes surrounding the lungs or lining the abdomen for which there is currently no standard cure. It is caused almost exclusively by exposure to asbestos, a mineral once widely used in insulation, construction and manufacturing. Although asbestos use is now regulated in the U.S., the National Institute for Occupational Safety and Health (NIOSH) estimates that more than a million people are still working in job environments that put them at risk for mesothelioma.

A new study from the University of Sydney showed that cannabis had some anti-cancer effects in mesothelioma. Parts of the marijuana plant have been used for centuries to treat a wide variety of ailments. This includes cancers like pleural and peritoneal mesothelioma and cancer-related pain. We have all heard of medical marijuana. Various states have either legalized its use for specific patients. Many are reviewing its legality for various diseases. Cannabis and Mesothelioma Survival Mesothelioma is a deadly disease with few treatment options. Alternative treatments consist of any approach considered non-conventional. This may include herbs, vitamins, minerals, and other natural non-toxic supplements. When used with conventional approaches, these alternative modalities are often called “complementary.” Surveys suggest that over 70% of … END_OF_DOCUMENT_TOKEN_TO_BE_REPLACED