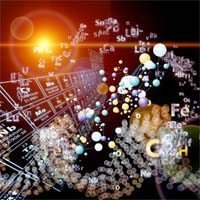 An Italian study is shedding some light on exactly what makes asbestos so toxic to people and can eventually lead to mesothelioma.

Asbestos, which was used for decades as an insulator and building material, is the mineral most closely associated with malignant mesothelioma, a virulent cancer. Asbestos has also been linked to lung cancer, asbestosis and disabling lung scarring.

Although its toxicity is well known, the reasons for that toxicity are still unclear. Some scientists believe that iron, which is toxic in the body in large amounts, may be partially to blame. They have shown that iron can alter the production of cancer-preventing enzymes by changing DNA, and have suggested that ridding the body of excess iron may be one way to combat mesothelioma.

The new Italian study seems to confirm that idea, but goes a step further, suggesting that asbestos toxicity may also involve the interaction of other minerals once the material is inside the body. Writing on their findings in the journal Scientific Reports, the mesothelioma researchers explain, “The results show that the processes responsible for the unusual distribution of iron at different stages of interaction with the fibers also involve calcium, phosphorus and magnesium.”

Another potentially important finding is the fact that the iron contained in asbestos tends to change the longer the fibers remain in the body. The primary type of iron found in asbestos is ferritin. However, when the Italian team used advanced imaging techniques including synchrotron-based X-ray imagining and a micro-spectroscope to examine lung tissue that contained imbedded asbestos fibers, they found another type of iron. They concluded that the “concurrent presence of haematite suggests alternation of iron chemistry during asbestos body permanence.”  This could be important as mesothelioma researchers attempt to gain a better understanding of the mechanism of asbestos toxicity.

An estimated 1.3 million people in the U.S. work in jobs that could put them at risk for asbestos exposure. Although mesothelioma, the most devastating result of that exposure, can take decades to develop, there is no known way to prevent its development after exposure has occurred.

The MESOMICS project is the most comprehensive dataset of mesothelioma genomics to date. The data in this resource can help researchers to design precision treatments for mesothelioma patients This project was created by an international collaboration between scientists from France, Chile, and the United States. Understanding Diagnosis Malignant pleural mesothelioma is a rare cancer caused by asbestos exposure. There are approximately 2,000 cases of mesothelioma diagnosed in the United States alone every year. Because it is so rare, the treatment options are very limited compared to other types of cancer. The limited treatment options combined with the cancer’s ability to spread without being noticed makes mesothelioma a deadly disease. Median overall survival for mesothelioma patients is a little over a … END_OF_DOCUMENT_TOKEN_TO_BE_REPLACED