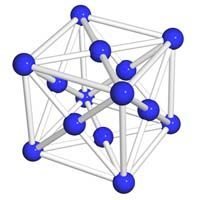 Scientists have long known that exposure to asbestos can cause mesothelioma, but the jury is still out as to exactly why this happens. It is known that the shape of asbestos fibers makes them more likely to lodge deep in tissue, causing chronic irritation. But some have speculated that the high iron content of asbestos – particularly chrysotile asbestos – may also play a key role in triggering mesothelioma.

A new study published in the Journal of Pathology appears to support the iron overload/mesothelioma connection.  Japanese scientists studied the effects of three commercially used types of asbestos – chrysotile, crocidolite and amosite – in laboratory rats.

Of the three asbestos types, chrysotile brought on mesothelioma the fastest and iron overload was at least partially to blame. The team reports that “massive iron deposition was found in the peritoneal organs with high serum ferritin” (a measure of iron in the blood serum) in the chrysotile group. The mesothelioma cells in these rats “showed an iron regulatory profile of active iron uptake and utilization.”  When the researchers increased the level of iron in the bodies of rats that had been exposed to chrysotile, mesothelioma developed even faster, supporting the carcinogenic role of iron.

Among the three types of asbestos studied, chrysotile was also found to trigger the earliest cases of mesothelioma of the sarcomatoid subtype. Sarcomatoid mesothelioma is a less common and even harder-to-treat form of the disease than the epithelioid variety seen most often.

But there is some good news in the study. Because of the close association found between chrysotile-induced mesothelioma and iron, the researchers suggest it may be possible to help stave off the onset of this cancer among people who have been exposed to the substance by controlling the iron in their bodies. They write, “An intervention to remove local excess iron might be a strategy to prevent malignant mesothelioma after asbestos exposure.” More study will be needed to develop and test such an intervention.

Chrysotile, also known as white asbestos, is the most common form of the mineral, which is still mined and used as a building product around the world. According to the Occupational Safety and Health Administration (OSHA), Chrysotile accounts for about 95% of the asbestos present in the U.S.

The MESOMICS project is the most comprehensive dataset of mesothelioma genomics to date. The data in this resource can help researchers to design precision treatments for mesothelioma patients This project was created by an international collaboration between scientists from France, Chile, and the United States. Understanding Diagnosis Malignant pleural mesothelioma is a rare cancer caused by asbestos exposure. There are approximately 2,000 cases of mesothelioma diagnosed in the United States alone every year. Because it is so rare, the treatment options are very limited compared to other types of cancer. The limited treatment options combined with the cancer’s ability to spread without being noticed makes mesothelioma a deadly disease. Median overall survival for mesothelioma patients is a little over a … END_OF_DOCUMENT_TOKEN_TO_BE_REPLACED