Home / News / The Ongoing Effort to Downplay the Dangers of Asbestos 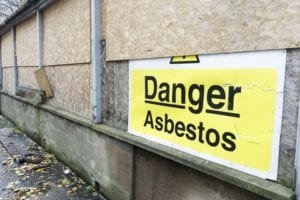 A pair of occupational medicine experts say the dangers of asbestos – particularly its ability to cause cancers like malignant mesothelioma – are still being downplayed by those who mine and sell it.

The report appears in a recent issue of the Journal of Occupational Medicine and Toxicology. The authors are experts in the field from Hamburg University in Germany and Drexel University School of Public Health in Philadelphia.

Scientists around the world have warned about the dangers of asbestos for decades. Asbestos is responsible for tens of thousands of mesothelioma deaths every year. In the US, about 2,500 people die of mesothelioma annually because of asbestos exposure.

Early Recognition of the Dangers of Asbestos

Asbestos is a fibrous mineral found in the ground. It has many properties that made it ideal for industry. Asbestos fibers are strong, lightweight, resistant to corrosion, and fireproof. It can even be made into fabric.

Companies did not always know about the dangers of asbestos. For decades, they used it in a variety of building products, vehicle parts, cement, insulation, and fire-proofing materials.

But asbestos workers started getting sick with malignant mesothelioma in the 1940s and 1950s. This disease was virtually unheard of before then. Doctors found out that asbestos fibers stay in the body if a person breathes them in. Over time, they make people sick.

Even after the dangers of asbestos became clear, many companies still used it. Some tried to hide the risks from workers. Many of those workers contracted pleural mesothelioma decades later. Some negligent companies have had to compensate sick workers.

Today, the EPA and OSHA have rules aimed at protecting people from the dangers of asbestos. Fifty-five countries have banned asbestos. But it is still legal in the US.

Some Industries Still Denying the Risks

The World Health Organization says almost all mesothelioma cases are preventable. They are trying to get all countries to ban asbestos.

But the authors of the new report say big asbestos producers try to stop them. The largest asbestos producers are in Russia, Kazakhstan and China. Along with the International Chrysotile Association (ICA), they downplay the dangers of asbestos. They use false information and pseudo-science to confuse people.

“They systematically use inappropriate science produced by their own and/or by industry-affiliated researchers,” write the authors. Some of the same shady researchers also defend the tobacco industry.

Meanwhile, malignant mesothelioma is still one of the biggest dangers of asbestos. There is no cure for this aggressive cancer. It is almost 100 percent fatal.

The new report urges scientists and the media to help counter false information about asbestos with reliable data.

“The persisting strong influence of vested asbestos-related interests in workers and public health issues including regulations and compensation necessitate ongoing alertness, corrections and appropriate reactions in scientific as well as public media and policy advisory bodies,” they write.

The MESOMICS project is the most comprehensive dataset of mesothelioma genomics to date. The data in this resource can help researchers to design precision treatments for mesothelioma patients This project was created by an international collaboration between scientists from France, Chile, and the United States. Understanding Diagnosis Malignant pleural mesothelioma is a rare cancer caused by asbestos exposure. There are approximately 2,000 cases of mesothelioma diagnosed in the United States alone every year. Because it is so rare, the treatment options are very limited compared to other types of cancer. The limited treatment options combined with the cancer’s ability to spread without being noticed makes mesothelioma a deadly disease. Median overall survival for mesothelioma patients is a little over a … END_OF_DOCUMENT_TOKEN_TO_BE_REPLACED