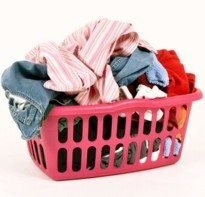 People who contract mesothelioma or other asbestos diseases because of second hand exposure to asbestos through a company’s employee, have a right to hold the company accountable.

An appellate court in Illinois made the decision after hearing the case of a woman who got mesothelioma, a rare and aggressive form of cancer, after years of washing her husband’s contaminated work clothes. Annette Simpkins brought suit against the CSX Corporation, claiming that she got sick because of repeatedly handling the toxic fibers while doing laundry. Her husband, Robert Simpkins, was a steelworker, welder, railroad fireman and laborer for CSX’s predecessor, B & O Railroad.  When Annette Simpkins died in April 2007, her daughter Cynthia took over as plaintiff.

The mineral asbestos, used for more than 60 years in dozens of industries, is now classified by the Environmental Protection Agency and the World health Organization as a human carcinogen. In its smallest form, asbestos is comprised of minute, sharp rock-like fibers.  When inhaled as dust, the fibers can work their way deep into the lungs and trigger irritation that can lead to breathing difficulty, lung scarring, mesothelioma or other lung cancers. Mesothelioma is the most aggressive and life threatening of the asbestos related illnesses with an average life expectancy of just 18 months after diagnosis.

While hundreds of thousands of workers have contracted mesothelioma after working directly with asbestos, thousands of their family members have also become sick because of contact with the dust brought home on work clothes.  A study conducted in 1966 found that half of women who contracted mesothelioma at that time were victims of second-hand exposure. A more recent study published in the European Journal of Cancer Prevention found that as many as 20 percent of all cases of mesothelioma in industrialized countries today are a result of ‘nonoccupational exposure’.  Increasingly, U.S. courts are delivering rulings upholding the responsibility of employers to protect workers’ families from mesothelioma.

The Simpkins suit alleged that the B & O Railroad failed to take precautions to protect Robert Simpkins’ family members from the known risks of ‘take-home’ asbestos.  In the ruling, authored by Justice Melissa Chapman, the court said an employer is duty-bound not only to provide a safe work place for employees, but also a safe environment for their family members.  In making its decision, the court considered how likely it was that family members could be harmed by asbestos and whether or not a company could anticipate that harm.  They also considered how great a burden it would be on the company to help prevent the exposure of family members.

According to the Madison St. Clair record, Chapman wrote in her opinion, “We believe that it takes little imagination to presume that when an employee who is exposed to asbestos brings home his work clothes, members of his family are likely to be exposed as well.”

The case will now be remanded back to circuit court to determine the company’s liability.

A Canadian study found that tracking trends in mesothelioma at the local level can help officials predict future mesothelioma cases. Most mesothelioma tracking efforts focus on the national scale and monitor cases across a country or region. This study, published in Cancer Causes and Control, looked at mesothelioma cases based on industrial sources of asbestos in Ontario and British Columbia. Growing Number of Cases Asbestos is a toxic material that is used in many commercial and industrial products. It’s durability and heat resistance made it very popular in products like construction materials, textiles, and vehicles. Mesothelioma is a deadly cancer caused by exposure to asbestos. It was first identified as a cancer-causing material in 1977 by the International Agency for … END_OF_DOCUMENT_TOKEN_TO_BE_REPLACED