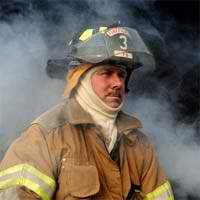 A group of firefighters in Washington State may pave the way for better protection of others who are at risk of mesothelioma cancer.

The firefighters in Everett, Washington were exposed to asbestos, a known carcinogen, during training exercises in city-owned homes in 2007.  Because it was a training exercise, the firefighters were not wearing the type of gear that would normally protect them from deadly asbestos fibers and health risks like mesothelioma.  Now, they are asking their city to pay to have doctors monitor them for mesothelioma throughout their lives, or face a possible lawsuit.

According to the Everett online news source, HeraldNet, dozens of firefighters and their families are asking for $9 million from the city to provide lifetime monitoring for malignant mesothelioma and other diseases caused by asbestos.  The city has already agreed to provide lifetime monitoring to the firefighters believed to have had the greatest asbestos exposure during the exercise, but the remaining 22 want to be guaranteed the same protection.

Asbestos was a common building material until the 1980’s and is still found in the insulation, walls, floors and roofs of many older homes.  If left undisturbed, the Environmental Protection Agency (EPA) says asbestos does not usually pose a health threat.  But, when it is burned or otherwise disturbed, as it was during the Everett firefighter training exercise, the tiny rock-like fibers can become airborne and lodge in the lungs of anyone in the vicinity.  Recent research has confirmed that, once in the lungs, those fibers cause a chronic inflammatory response that may lead to mesothelioma and other diseases 10, 20 or even 40 years later.

Paul Gagnon, president of the firefighters union in Everett, says his union had hoped for protection for the remaining firefighters without having to resort to the threat of a lawsuit.  Gagnon told HeraldNet, “We were waiting for the city to do the right thing but it never happened.”

Now, the city is trying to determine whether the firefighters should be provided lifetime monitoring for mesothelioma.

Even with regular monitoring, the outlook for a firefighter diagnosed with mesothelioma, an aggressive and difficult-to-treat cancer, is not good. The National Institute of Occupational Safety and Health (NIOSH) in partnership with the U.S. Fire Administration, is currently conducting a multi-year study of firefighter deaths to determine the link between cancers like mesothelioma and exposure to dangerous substances such as asbestos on the job.

According the Firefighter Cancer Support Network, more firefighters are now being diagnosed with mesothelioma and other cancers than ever before.