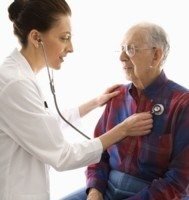 A combination of immunotherapy and traditional  may be more effective than either treatment alone against mesothelioma, according to a recent analysis published in the journal, Tissue Antigens.

Mesothelioma is one of the most difficult cancers to treat, and the prognosis is often poor. Surgery and chemotherapy are the standard mesothelioma treatments, but even with these therapies many patients do not live more than a year after their diagnosis.

Combining immunotherapy with chemotherapy might be the key to improving its effectiveness, according to Richard Lake, PhD, Associate Professor at the National Centre for Asbestos Related Diseases and School of Medicine and Pharmacology at the University of Western Australia. In the past, chemotherapy and immunotherapy were considered to be antagonistic treatments, but according to Dr. Lake, chemotherapy may actually enhance the effects of immunotherapy. Chemotherapy destroys cancer cells and shrinks tumors, making them smaller and easier for immunotherapy to destroy. Some chemotherapy drugs also appear to stimulate the immune system to recognize and attack tumors.

Animal studies have already indicated that chemotherapy and immunotherapy might have a synergistic effect on cancer cells. However, selecting the right drugs will be critical to treatment effectiveness, because different drug combinations may have different effects on the immune response, according to the report.

The researchers have already begun to pinpoint a few chemotherapy drugs that might work well in combination with immunotherapy. “Our studies have focused on gemcitabine, and it seems to have many of the characteristics that we were looking for,” Dr. Lake says. “Others have cited doxorubicin as a drug with the capacity to generate immune responses.” For the immunotherapy part of the treatment, Dr. Lake says that a cancer vaccine or monoclonal antibodies (antibodies produced in a lab that stimulate the immune system) might be the best option.

Dr. Lake and his colleagues are currently launching clinical trials to study various chemotherapy-immunotherapy drug combinations. Although he does not know what effect these drug cocktails will ultimately have on mesothelioma treatment, Dr. Lake is optimistic. “This disease is at the most difficult-to-treat end of the spectrum, so survival is likely to increase incrementally as treatments improve,” he says.